General Hospital spoilers reveal a catastrophic time on Cassadine Island with that dastardly, mustache-twirling villain Peter August. Who will survive this time?

After the tunnels on Cassadine Island fall in, it looks like Jason Morgan (Steve Burton) gets the brunt of it while Britt Westbourne (Kelly Thiebaud) screams, Peter (Wes Ramsey) tries to make a run for it again, and Anna Devane (Finola Hughes) and Robert Scorpio (Tristan Rogers) arrive at the compound, guns in tow.

Anna and Robert immediately know something is not right and go searching in the dark tunnels, but will they find anyone still living — while learning that somehow Peter managed to escape again? Will Drew Cain (Cameron Mathison) be the brother who makes it back to Port Charles to tell Carly (Laura Wright) and Sonny Corinthos (Maurice Benard) that their right-hand man is gone again? Will Drew take his place in Sonny and Carly’s hearts again? 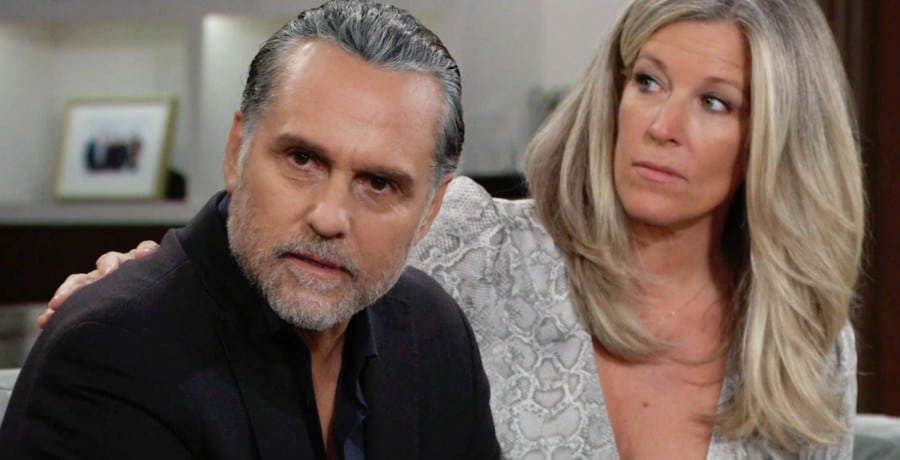 Carly is still reeling from the fact that Sonny considered Nina Reeves (Cynthia Watros) his only friend when he was in Nixon Falls. She can’t believe Nina has the right to be mean to her, as well. So, as Sonny and Nina once again get to talking at Charlie’s, Carly gets even more bad news.

Jasper ‘Jax’ Jacks (Ingo Rademacher) is leaving town. They might have not been getting along well lately since Jax called Carly out on her motives for marrying Jason, but she still liked knowing he was there. Now, who is Carly going to vent to?

First, it’s touch and go for Sasha Gilmore (Sofia Mattsson) and her baby and when Sasha receives an unexpected visitor, things become murkier for her situation. Brando Corbin (Johnny Wactor) is absolutely beside himself and turns to Maxie Jones (Kirsten Storms) for support and comfort. Could someone end up suing the hospital for completely screwing up Sasha’s labor and delivery? Will Gladys (Bonnie Burroughs) want revenge on Brook Lynn?

Valentin Cassadine (James Patrick Stuart) and Brook Lynn Quartermaine (Amanda Setton) also get the shock of their lives when Harrison Chase (Josh Swickard) suddenly proclaims that he is Bailey Louise’s real father. Brook knows that’s just not true since she isn’t even Bailey’s mother but Chase knows this now and is trying to do his part to protect Maxie’s baby from Peter by claiming to be the baby daddy.

Will Valentin even believe what Chase is selling or will he demand a paternity test, which could have extremely surprising results?

General Hospital will be airing encore episodes on November 25 and 26 as it typically does for any holiday.

Will ‘DWTS’ Season 31 Be On YouTube?
Teresa Giudice: ‘DWTS’ Is Harder Than ‘RHONJ’?
Kim Kardashian Spends $60 Million To Get Away From Kanye West
‘My Big Fat Fabulous Life’: Is Heather Telling A White Lie?
Kody Brown Admits Shocking True Feelings About His Kids