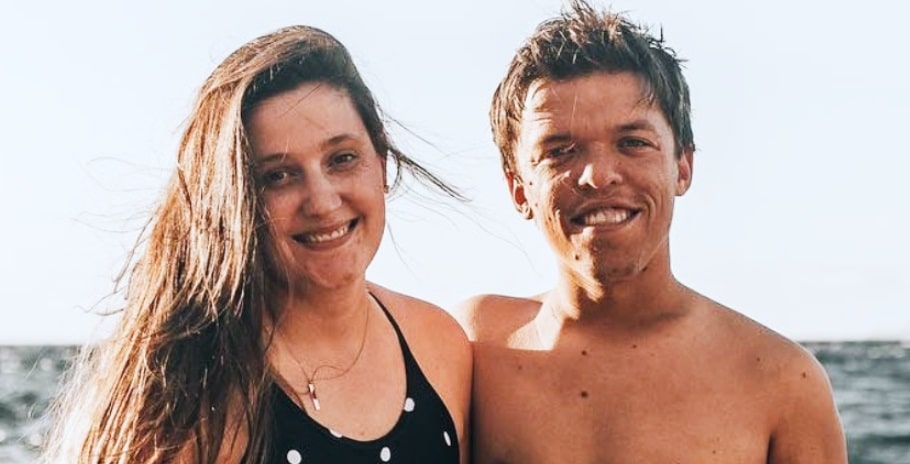 Zach Roloff proudly took to his Instagram the same time as his lovely wife to announce their pregnancy. He doted on how beautiful his glowing wife looked with a bun in her oven.

Zach’s announcement came attached with two photos. The first was a family photo. The second was a snapshot of Tori with a huge smile on her as she held an ultrasound snap of baby #3.

Pregnant Tori Roloff shared the news on her profile too

Attached to an Instagram post with three pictures, Tori Roloff announced she had exciting news to share with her fans. She added baby Roloff was coming in Spring of 2022. And, she was thrilled by this gift from God.

Inside of an hour, Tori Roloff’s announcement had been liked nearly 150,000 times by fans. Fans also liked Zach’s announcement that his wife was pregnant 50,000 times. Fans were thrilled to learn another Roloff baby was on the way.

A pandemic baby boom seems to have hit the Roloff family hard! Audrey and Jeremy Roloff recently gave birth to their third child. And, fans know Isabel and Jacob Roloff are very pregnant. In fact, the couple is due to give birth in the next couple weeks. Unfortunately, Jacob has no plans of sharing photos of his son with LPBW fans.

Tori technically got pregnant just before Isabel and Audrey, but she miscarried. Tori and her husband Zach, however, picked themselves up and worked to get pregnant again as they desperately wanted a third baby.

Are you surprised to learn Tori and Zach Roloff are expecting baby #3? Did you suspect Tori Roloff might be pregnant? Share your thoughts on this exciting LPBW news in the comments down below. And, keep coming back for the latest on the Roloff family!