A weekend social media post has many General Hospital cast members bonding together in support of one of their own. On Sunday, Ingo Rademacher (Jasper “Jax” Jacks) shared a post to his Instagram stories that quickly sparked a fair amount of chaos. Some General Hospital cast members tend to keep their distance from anything controversial a co-worker of theirs does. In this case, however, several clearly felt the need to step up and speak out. 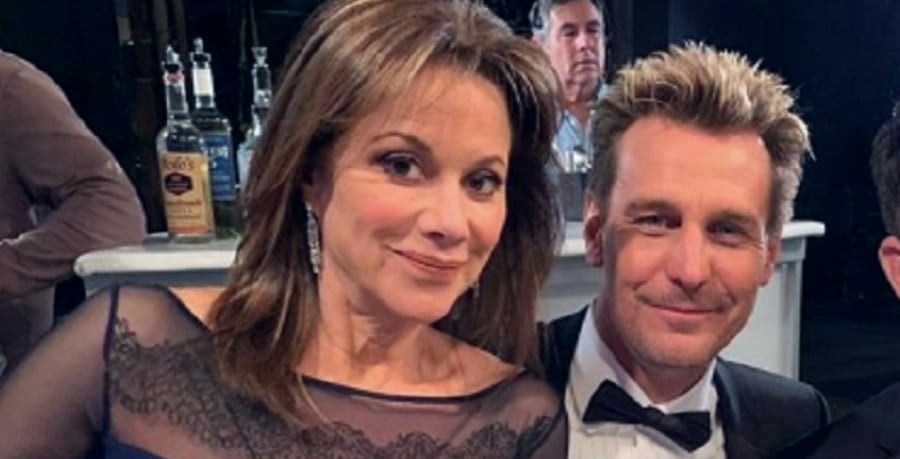 The issue was a post Rademacher shared referring to United States Assistant Secretary for Health Rachel Levine as “a dude.” The problem is that Levine is a transgender woman. Not only that, but General Hospital has a transgender woman on its cast, and developed a transgender-related storyline around her. Cassandra James, who plays Dr. Terry Randolph, spoke out against Rademacher’s post on Sunday evening. She didn’t reference him by name, but the inference was clear. By the time Monday afternoon rolled around, she wasn’t the only GH cast member who referenced it.

It appears one of the first General Hospital co-stars to speak out publicly was Nancy Lee Grahn (Alexis Davis). This may not come as a huge surprise to many viewers, as Grahn tends to be outspoken. In the process of supporting James, Grahn seemingly confirmed Rademacher’s rumored General Hospital exit.

“The fellow actor, #IngoRademacher, is mercifully no longer a part of the #gh cast,” Grahn tweeted. “Transphobia & misgendering are disgusting & should be unacceptable in any industry, including soaps/acting. I stand with my costar, @cassandrajames_, & the trans community,” she continued.

Laura Wright (Carly Corinthos) took to Twitter Monday morning to address the situation too. “I am aware of the transphobic post shared by a GH member & I would like to start by saying I am disgusted by this action.” She added, “Misgendering individuals is dangerous & I do not support this behavior.” Haley Pullos (Molly Lansing-Davis) also tweeted to support James. “really disappointing to see someone from my own gh family adamantly choosing to stand in hatred instead of love and acceptance,” she wrote. Pullos added, “trans women are women. period. the end. we fight for lgbtq+ rights in this house.”

In addition, William deVry (Julian Jerome), tweeted to support James. For some time after his initial post, he engaged with General Hospital fans about the situation on Monday.

As the General Hospital universe went wild over all of this, Rademacher posted a video to his Instagram page. He noted his intent with the prior Instagram story was to contrast the two people pictured in the post he shared, not to be transphobic toward Levine. “I do apologize for not crossing out ‘dude’ and putting ‘transgender.'” He said it wasn’t an excuse, but he was just pointing out the “hypocracy of the left-wing media.” He also apologized to James, saying she was beautiful. As he did so, he noted, “I don’t think a transphobic man would say that.”

Rademacher also said he didn’t have time at that moment to comment on his General Hospital status. However, he promised to do so when he could. His Instagram followers were quick to lend their support in the comment section, although it appeared the Twitter GH fandom had a mixed reaction to his response.

From the sounds of Grahn’s post, as well as some of deVry’s, this social media controversy isn’t something that will creep into the General Hospital set as a source of tension. It seems Rademacher’s rumored exit is a done deal, and spoilers hint he may not be the only one.