Netflix has renewed Valeria for a third season. This is a provocative comedy-drama about four 30-year-olds navigating their place in this world. Considered the “Spanish SATC,” Netflix has also announced that the series will end with this third season.

What do we know about the final season of Valeria?

The Spanish dramedy Valeria is back for a third and final season. Netflix Spain posted on Twitter the confirmation that the beloved series is back. However, this is the final season. What can romcom fans expect?

When Valeria Season 2 ended, there were several cliffhangers. First things first, Valeria is becoming the toast of the literary world. Yet, her personal life is still a rollercoaster. The recently divorced Valeria seemed to be hot and cold over her relationship with Victor.

His solution in dealing with this mercurial situation was to propose an open relationship. However, while she never verbally says anything, we see Valeria text him her answer. What does she say?

But, there may be a further complication from Valeria and Victor’s long-term happiness. Bruno Aguilar, the mysterious author, looks to be in the picture. Season 2 ended with the red-headed author in an elevator that shuts, just as Bruno’s adjacent elevator opens up.

Fans cannot forget the tantalizing lives of Valeria’s friends. Lola goes to Vienna, to hopefully heal her past wounds. As for Nerea, she is now working for Valeria’s publisher. Nothing can go wrong here, can it? Then there is Carmen and Borja. The two will be planning their wedding. Perhaps his mother wants to insert herself in this part of their lives as well? 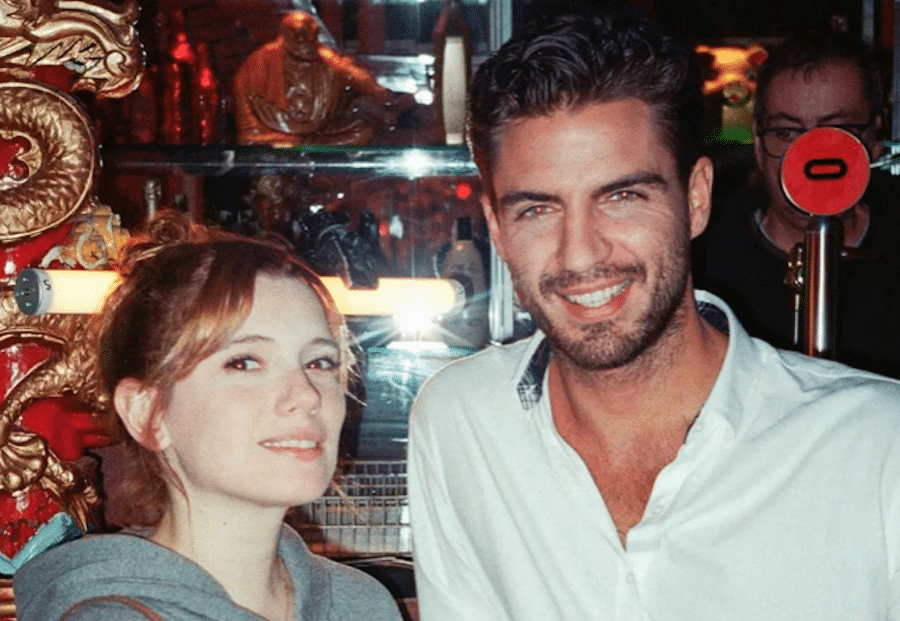 Who Is Returning For Season 3?

The Fab Four stars, Diana Gómez (Valeria), Silma López (Lola), Paula Malia (Carmen), and Teresa Riott (Nerea), are returning for the final Valeria season. In addition, Maxi Iglesias (Victor) is back, as is Aitor Luna (Sergio). However, it is likely that Ibrahim Al Shami (Adrian) will not be returning, as his storyline seems to have ended with the divorce papers signed.

There will certainly be some cast announcements soon, including who will portray the enigmatic Bruno Aguilar. We can assume that Juanlu González will return as Borja, and Jùlia Molins as Cris.

Valeria is based on Elísabet Benavent’s novels. So, there are a lot of questions about Valeria Season 3, and it mainly has to do with the storyline. As there are four books and a novella in the Valeria story world, it has long been assumed that there would be a Netflix season for each novel.

For example, Season 1 was based on Elísabet Benavent’s novel, In Valeria’s Shoes. Season 2 of the Netflix series was based on Valeria In The Mirror. Now we are looking at Season 3, and there are two novels worth of story left to be told. Will this final season finish telling our protagonist’s entire story?

The remaining books are Valeria In Black and White, Valeria Naked, and Lola’s Diary. Since Netflix is ending the series, we can only hope that the storyline does include the third and fourth novels.

In addition, could they divide up the final season in half to tell each novel’s story? The possibilities are endless and likely, they are now figuring out these important details.

Hopefully, Netflix could order a supersized finale season to give both novels the proper attention they deserve. Seasons 1 and 2 each were eight episodes long. If they supersized the final season to 12 episodes, that would allow them to better flesh out the novels and satisfy Elísabet Benavent’s fans who want good storytelling.

Fans of the books may have noticed that neither Netflix nor Elísabet Benavent has announced whether she will be involved in this upcoming season. Fans of the novels were unhappy with Season 1, as it really strayed from the original book plotline. Benavent was involved as a producer with Season 2. Most of all, her fans were much happier with the final product.

However, many assume that since she was the first to post on Instagram the news that Valeria is back, that she will likely again be one of the producers of the final season.

Fans can follow her on Instagram, where she is Beta Coqueta. Although everything is in Spanish, thanks to the translation function, anyone around the world can enjoy her words of wisdom and empowerment, as she poetically shares her travels, thoughts, and life as a novelist.

Benavent’s social media posts are as empowering and inspirational as the stories she weaves.

Valeria fans may want to check out one of Netflix’s latest movies, based on another Elísabet Benavent novel. This quirky and non-traditional rom-com is called Sounds Like Love (Fuimos Canciones). This stars Maria Valverde and Alex González.

Maca is a 30-year-old wasting her incredible talents working for an impossible influencer. Still shaken by a breakup from several years back, she lacks the confidence and courage to go for what she deserves. However, when Leo is back in her life, she has again found a spark in her life.

Add two quirky friends, and this is a fun, emotional, and artsy dramedy that offers a surprising, yet satisfying ending.

When Is Netflix Dropping Valeria Season 3?

As the news about Valeria Season 3 is so new, there is no concrete information on when fans should expect Season 3. Netflix has not shared when they will commence filming. However, several Spanish outlets have indicated that it will be released sometime in 2022 after the third quarter begins.

That means that the soonest fans could expect to watch the series would be July 2022.

Currently, Valeria, Seasons 1 and 2, and Sounds Like Love are streaming on Netflix worldwide.