My 600-Lb. Life fans met Pauline Potter during Season 3 of the TLC series. As the Season 10 Premiere fast approaches, fans of the series are wondering where Pauline Potter is now and what her weight loss progress has been like. Fortunately, none other than Dr. Now himself took to Instagram recently to share a 2021 update on Pauline Potter. Where is she now and how much weight has Pauline Potter lost? Keep reading, we’ve got the details.

Hailing from California, Pauline Potter was 47 years old when she contacted Dr. Now. She weighed in at 667 pounds. At one point in time during her life, Pauline was recognized as the World’s Heaviest Woman by the Guinness Book of World Records. My 600-Lb. Life fans looking for a 2021 update on Pauline Potter will recall she was a difficult cast member. She clashed with Dr. Now and struggled with his restrictive diet.

She had her fair share of ups and downs during her journey with Dr. Now. It is how bumpy her road has been that is the reason TLC fans are so surprised by her 2021 update and her incredible weight loss transformation.

Dr. Now took to his Instagram profile and stories to praise the Season 3 cast member on her weight loss transformation. He couldn’t be happier than she was able to stick with him and lose so much weight.

According to Dr. Now, Pauline Potter is in a fantastic place compared to where she was when she first appeared on My 600-Lb. Life. When we last updated on Pauline back in January we reported that she had lost 300-lbs. The TLC doctor reports the Season 3 cast member has now shed an impressive 500-lbs.

I am very proud of the commitment and progress Pauline has made. When a patient wants to work with me to loose over 500 pounds, the first step is understanding their belief in the ‘power of commitment’ to achieve their weight loss goals. Weight loss surgery should not be viewed as a quick fix. It is a tool to help support you in your weight loss journey.”

Dr. Now’s 2021 weight loss update on where Pauline Potter was now included a before and after picture to show off just how incredible her transformation was.

He concluded as he brought his update on his former cast member to a close: “If you are willing to commit to making changes, you will be able to see results.” 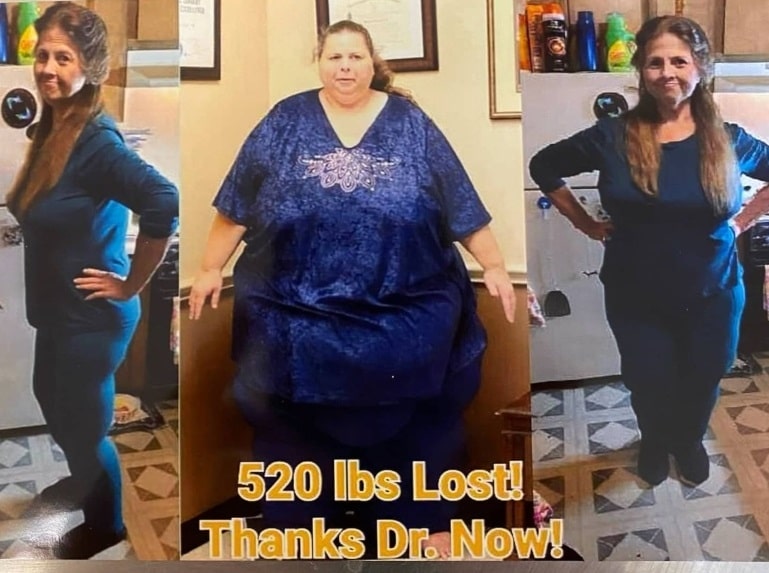 My 600-Lb. Life fans were thrilled to get this 2021 update on Pauline Potter’s incredible weight loss progress. Fans rallied in the comments as they new she was a difficult cast member. Here’s what some fans had to say:

Fans admit that they were not huge fans of this cast member. But, they were thrilled to learn she had shed 500-lbs.

What do you think of Pauline Potter’s incredible weight loss 2021 update? Are you surprised with how great she is doing now? Share your thoughts with us in the comments. And, keep coming back for the latest on My 600-Lb. Life.