Tv Shows Ace
Skip to content
Bravo, News, Real Housewives, Reality TV
Share on Facebook
Share on Twitter
Share on Pinterest
Share on LinkedIn
Vicki Gunvalson is a hurt and scorned woman according to her. The former Bravo star claims that ex-fiance Steve Lodge has done her dirty. She claims Lodge not only used her but cheated on her as well.
However, Steve has a few accusations of his own. First off he claims Vicki is not telling the truth about their relationship. He states he did not use or cheat on her. He does, however, claim that since Vicki wants to air dirty laundry he might as well also. Lodge recently sat down with Hollywood Life to get a few things off of his chest pertaining to Vicki’s recent accusations. 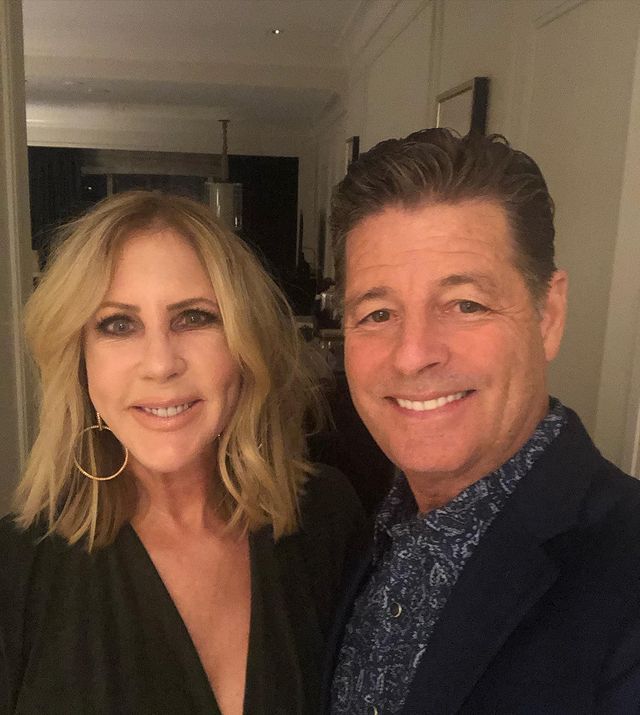 Vicki Gunvalson Engages In Battle Of She Said-He Said

Lodge claims that by Gunvalson speaking out with these crazy untrue stories she is totally revealing “her true colors.” Steve claims that in 2018 Vicki Gunvalson not only picked out her engagement ring but also bought it for herself.

“I think I was being used as a storyline [on RHOC],” he said. “I’m not famous nor do I want to be. I wanted my life back. She is showing her true colors now.”

Interestingly enough, Vicki had a similar incident back in 2014 with ex-Brooks Ayers. Fans will remember that Brooks was unliked and untrusted with good reason from the get-go. However, Vicki tried so hard to make Brooks look like the man he was clearly not when it came to her family and friends.

Remember when Vicki told all of her friends that Ayers had bought her a fur coat when it was obvious to even the most casual fan that Vicki had bought it for herself? Gunvalson tried so hard to make everyone believe Brooks cared enough about her to buy her an expensive gift. That being said, it is not the first time Vicki has been accused of buying her own gifts and playing them as love tokens from her current man.

As for Vicki’s latest allegations that he cheated on her during their relationship, Steve claims Vicki is creating false drama in hopes of getting a chance to return to the Real Housewives of Orange County. 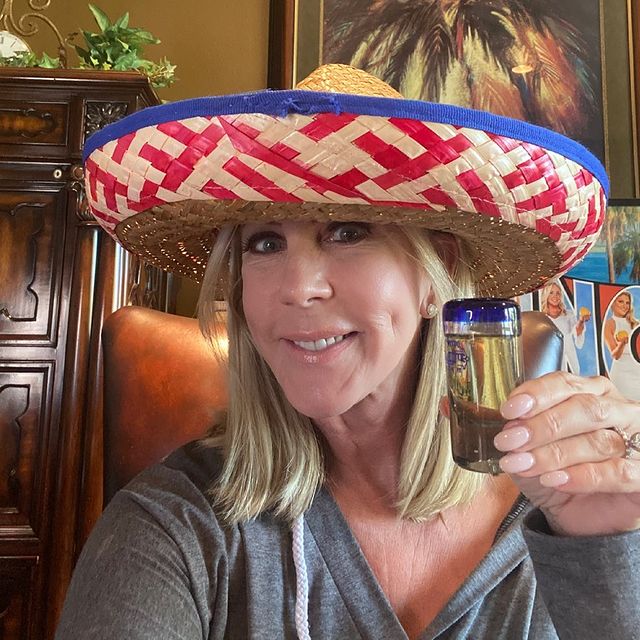 Will Vicki Return To Orange County?

“She’s looking for attention to get back on a show, any show, and she just doesn’t understand the word no. I told her a long time ago I was done [with our relationship]. She kept hounding me relentlessly, but I kept saying I was done. I’ve moved on and she obviously hasn’t. Her recent comments [about me cheating] aren’t true. I just want her to leave me and my family alone. They don’t want to hear it anymore,” he said.

Over the weekend, Vicki accused Steve of cheating on her with a younger woman.

On Instagram, Vicki claimed, “He used me, he lied to me, he’s been dating a 36-year-old and is not what he portrays himself to be. No Christian man would do what he’s done. While I was out of town working on a biz trip, he took her to my condo in Mexico! He’s been flaunting around my town in OC making out in public places. It’s disgusting.”

RHOC alum Tamra Judge has taken Vicki Gunvalson’s side and recently shared her thoughts and support for her longtime Bravo co-star and friend via Instagram. However, so far Vicki has yet to react to Steve Lodge’s latest accusations which is very un-Vicki-like, so fans are sitting back and waiting patiently for her next line of verbal fire.