In addition to being engaged, turns out Kourtney Kardashian is ready to make a baby with Travis Barker.

Kourtney Kardashian is ready to take the next step in her relationship with Travis Barker. Now that the lovebirds are officially engaged, it seems Kourtney already has a baby on her mind as the next step.

For months now, every rumor in the book has been circulating around about Kourtney and Travis. Including one that she is already pregnant with the rocker’s baby.

According to People Magazine, a close Kardashian family source reveals that Kourtney is “ecstatic to marry Travis” and would “love to have his baby.” 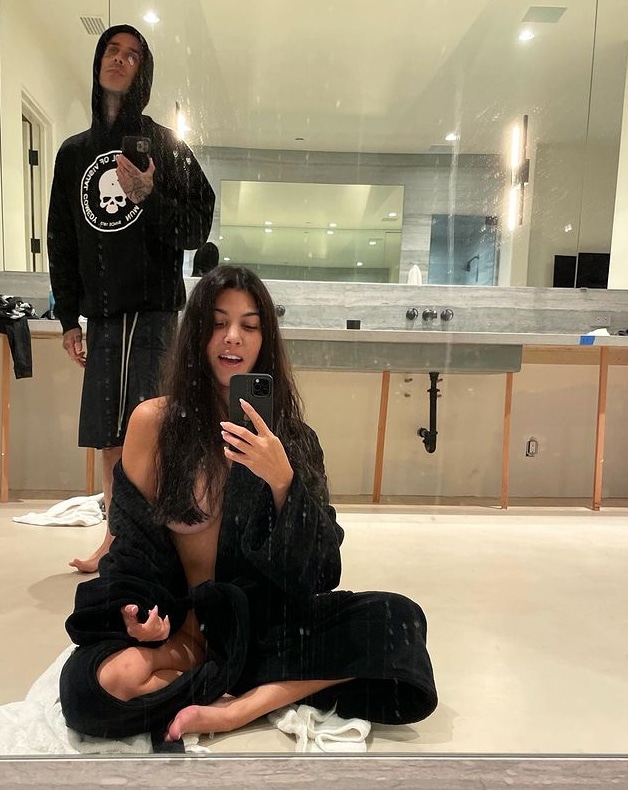 This news does not come as a surprise to Kardashian family followers. Kourtney has always expressed her desire to have at least six children. However, most just believed that Scott Disick would be the father. Kourtney and Scott already share three kids together, Mason, Penelope, and Reign. Not only did fans believe she would have more children with Scott, but he also did as well.

Travis Barker also is already a father of two. He shares his daughter Alabama and son Landon with his ex-Shanna Moakler. So it makes perfect sense that Kourt and Travis want to seal their union with a love-child of their own.

As far as Travis popping the question, well, he informed the entire family. According to the KarJenner insider, they all were great at keeping the secret until the big day. But now fans are wondering if they are keeping any other big secrets to announce? As previously reported by Tv Shows Ace Kourtney and Travis, the entire group of family and friends witnessed a big moment. A camera crew also filmed it, so rest assured fans will likely catch the entire event on the family’s upcoming Hulu series.

Kardashian fans believe that Kourtney is already expecting. They speculate that a baby announcement will come in the next few weeks.  They also think Kourtney has been allegedly tossing out pregnancy hints for weeks now.

According to fan speculation, Kourtney is already pregnant. They claim Kourtney has been allegedly tossing out pregnancy hints for weeks. Clues reportedly include, Kourt wearing more and more loose clothing.

She has also allegedly given up all meat and alcohol. The pregnancy rumors also began gaining ground following the MTV Awards when Kourtney and Megan Fox referred to Travis and Machine Gun Kelly as their “future baby daddies.” 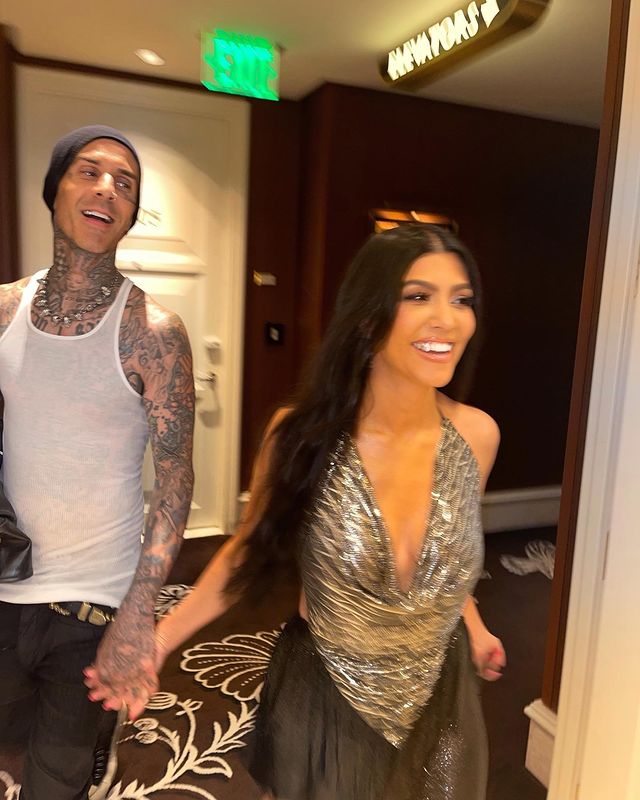 So far, a wedding date has yet to be announced. However, you can bet it will be a spectacular and over-the-top Kardashian event. As for baby news? Considering that Travis Barker and Kourtney Kardashian are very social people, should the couple actually be expecting at this time, they won’t be able to hide it for much longer. That is for certain.

Have to admit the new Kardashian family Hulu show has just taken a very interesting turn.