Real Housewives of New Jersey fans are continuing to share their concern for Teresa Giudice.  Teresa left her fans shocked following Instagram photos that reveal recent lip injections. The 49-year-old mother of four daughters has her fans begging the reality star to “stop with the lip injections.”

Gathered around the table at Craig’s in Los Angeles, the ladies looked lovely. However, viewers quickly ignore the ladies’ fashion choices as they begin to take aim at Teresa’s lips in the comments according to The Sun.

One follower wrote: “Girl those lips 😂”

A third commenter said that it “looks like they’re consuming her entire face!”

While all of the ladies shared the dinner photo on social media, it was the same in every comment section. Many followers called Teresa out for being fake and searching for attention. However, others showed genuine concern for Giudice, begging her to stop now before she completely ruined her looks for good. Others question if Teresa could be addicted to lip plumping? 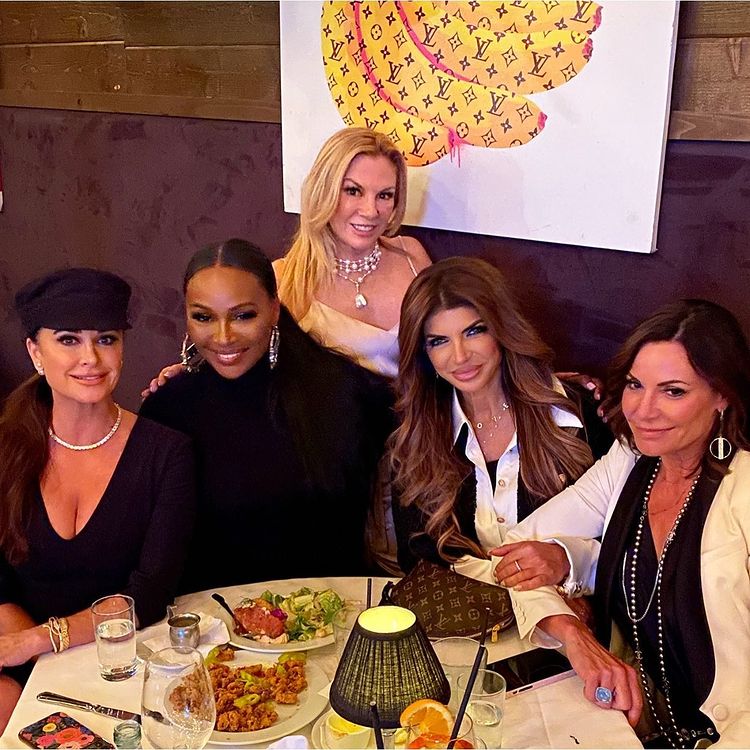 This is not the first time fans have called out Teresa about her lips. As previously reported by TV Shows Ace In September, Kyle Richards posted a Happy Birthday photo of herself and Teresa during their trip to Turks and Caicos. It also sent fans over the edge.

The photo reveals Kyle and Teresa posing on the beach while vacationing and working in Turks and Caicos. The background is beautiful. However, the women’s Instagram followers immediately noticed something about Giudice looks a bit off.

Teresa does not appear to be too concerned with her social media followers’ feelings about her lips. However, fans’ main concerns appear to be the example Giudice is setting for her four impressionable daughters.

Some feel that the reality star may be sending the wrong message to her daughters, who look up to their mother as a strong role model. Hopefully, Teresa Giudice will pause with the cosmetic procedures before things go too far.

Teresa Giudice Only Wants To Live Her Best Life

Teresa is set on living her best life following the challenging years that she has behind her. She is head over heels in love with her current boyfriend, Luis Ruelas. The happy couple is set to move into their new home together. Those closest to the RHONJ star reveal they feel that an engagement is coming very soon.

The first season is set to premiere in November 2021 on Peacock.