Real Housewives of Beverly Hills fans can expect an explosive Season 11 reunion. There will be a lot of confrontation between the wives and, Erika Jayne is out for blood.

Erika is a hot mess this season. She is facing legal troubles, a messy divorce, and some backstabbing friends. There will be no mercy, according to The Sun, who reports Jayne is furious with her co-stars, especially Kyle Richards. However,  the Pretty Mess singer claims she will remember those who were there for her and those who weren’t once she gets her life back on track.

Jayne has always considered Richards her friend. That is, until recently. Last week Erika let it be known she feels ultimately attacked by those whom she once thought her trusted friends, Kyle Richards especially.

Who Are Erika Jayne’s Real Friends?

During a group dinner, things got heated. When Richards appears to turn her back on Erika Jayne, leaving her stunned after the other wives began confronting her for the truth. They want all the details about her divorce and involvement in her estranged husband Tom Girardi’s alleged illegal activities.

Sources close to the RHOBH cast reveals that “Erika’s so upset with her co-stars watching the show back because they backstab her behind her back,” the insider told the outlet. “She’s most furious with Kyle. She feels Kyle was the most two-faced to her, and their friendship won’t be the same.”

Things began to heat up after Sutton reveals that she does not believe Jayne’s story to the other women. She also claims she wants nothing to do with Erika’s situation because she feels it will dirty her reputation too. Kyle quickly follows the others’ lead when they began questioning Erika’s honesty about her divorce timeline and involvement in Girardi’s embezzlement lawsuits.

The source also reveals that Jayne will go after everyone at the upcoming Season 11 reunion, but she aims at Kyle. Richards reportedly realizes she has made a vicious enemy of Erika and is attempting to smooth things over. 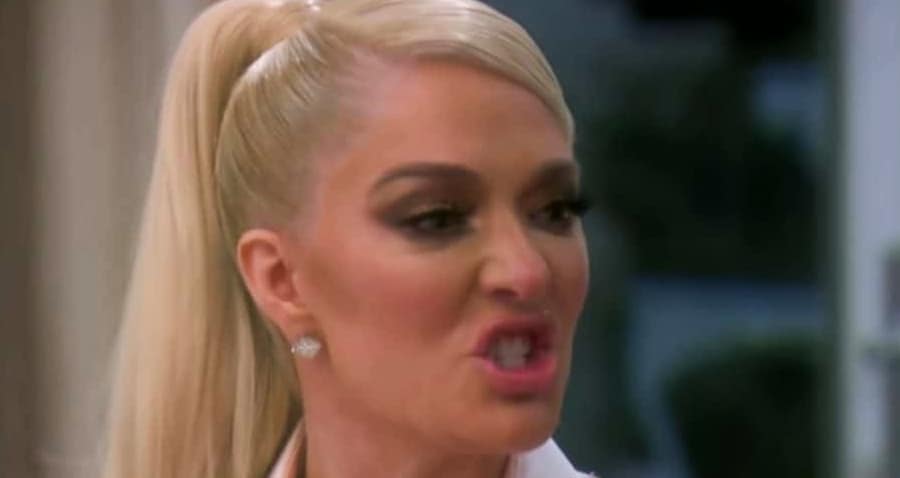 “Kyle’s tried to check-in since, but Erika has had enough,” the source said. “They’ll settle their problems at the reunion.” No need to worry. While Jayne’s storyline is monopolizing the season, there are plenty of other issues to add to the discussions.

Richards will also confront Dorit over her attitude this season to draw the focus away from herself and Jayne. Erika is hinting to social media that her confrontation with the women will not be pleasant.

Jayne responds to one follower who warns her that “Kyle talked smack” about her and “was in agreement with what the other ladies were saying” about her, the singer tweets back: “Don’t worry, we’ll get to that.”

RHOBH viewers are gearing up for the showdown, and it will be interesting to see how Kyle Richards attempts to explain her betrayal to Erika Jayne. Don’t worry though, Erika claims she will have plenty to say to all of the ladies.

The hit Bravo reality series will begin filming the RHOBH Season 11 reunion next week. Will Erika get her revenge?