No one knows why Scott would think he and Younes are close enough to talk smack on Kourt without the KUWTK‘s reality star finding out. He and Younes are not friends at all! Younes leaked the message publicly. Now Disick is in the doghouse with all the KarJenner women and his girlfriend, Amelia Gray! 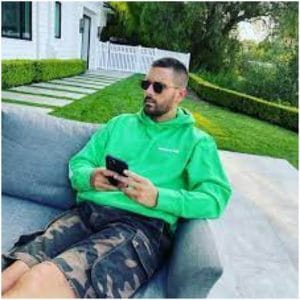 Amelia Hamlin recently shares a photo on Instagram revealing a woman wearing a white tank that reads, “Don’t you have a girlfriend?” While Lisa Rinna shares a photo of Harry Styles as a dig, according to Radar Online.

Fans of the Real Housewives of Beverly Hills will know what the Harry Styles photo is all about. Rinna recently comments on the Bravo series that she would prefer if Amelia were dating Harry Styles over Scott Disick during a snarky moment. Who could blame Hamlin if she ditched Scott following the Kardashian mocking scandal? However, Disick remains very vocal, claiming that Kourtney Kardashian will forever be his one true love.

Kourt, on the other hand, is shading Scott. She is head over heels for Travis Barker and flaunts their relationship daily with racy PDA photos of the two of them. An ET insider recently states that Hamlin and Disick were fine despite the scandalous post leak. 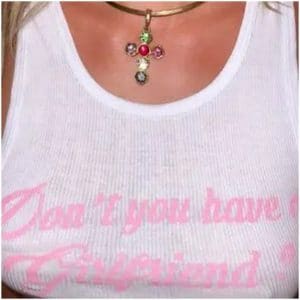 “Amelia was definitely annoyed by Scott [allegedly] DMing Younes about Kourtney, but she’s not going to do anything about it, and they’re still together.” But things may have taken a drastic turn. The source claims Scott is very embarrassed by his actions and wants to move past it. However, that may be easier said than done.

Now his poor judgment may have cost him every relationship he holds near and dear. But, eventually, Kourtney will get over it; she will not forget but will move on. After all, she and Scott share three children they co-parent.

On the other hand, Amelia Gray is madly in love with Scott Disick, but a girl can only take so much. Hamlin is well aware that she will always be in Kourtney Kardashian’s shadow when it comes to Scott. This is also one of the reasons Sophie Richie also ended her relationship with Disick. So far, neither Scott Disick nor Amelia Gray Hamlin has yet to comment publicly on the matter.