Fans have learned that Blake Horstmann is pretty much going to say what he wants. He lays the truth out for his followers and really doesn’t care what people think about it. His latest revelation is about his ex and former Bachelorette Becca Kufrin. Word got out that he and Becca had reconnected and were talking prior to her joining Season 7 of Bachelor in Paradise. She addressed it all recently in a podcast. Now, he’s firing back with what really went down.

In a recent podcast, Becca said that yes she was talking to Blake prior to Bachelor in Paradise. However, she claims their relationship was platonic. Now, it looks like she isn’t quite telling the entire truth. US Weekly shared what Blake had to say in response to Becca’s claims.

Blake said on his Behind the Rose podcast, “Honestly, at this point, it’s just, like, something I don’t know if I even want to waste my breath. I just feel like at this point, it’s just a waste of time.” He continued, “Listen, I was hurt by the podcast. …  Like you said, it’s no secret that we were hanging out prior. I don’t think it was some secret — like, [it] wasn’t at all. More than anything, I was hurt by it.”

Is she protecting another relationship?

Blake also said he totally understands if Becca is trying to protect another relationship. He said he even respects her if that’s the case. He said, “The one thing I’m gonna say is maybe Becca is protecting something or someone and for that I respect her. But it just sucks that, like, it happened the way it did. But that’s honestly — I’m just never gonna talk about her again. Because anytime I do, s–t gets written in everything and it just gets everything blown up more so. Yeah, the f–king podcasts are — it really, really hurt. But it is what it is, moving on. At least I know now so I can move on.” 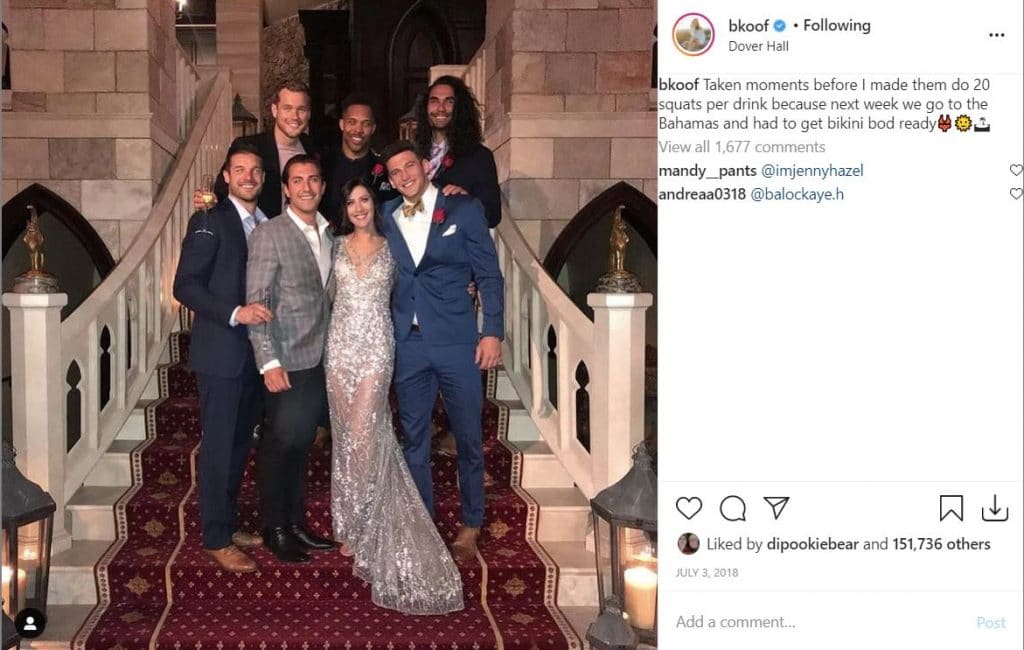 Could they still get back together?

It sounds like Blake is hurt and trying to move on. However, prior to all this Blake had said he was willing to possibly see where things could go between them. While he does seem very hurt at the moment, a source said Blake will always be supportive of Becca. They said the two will always remain friends.

Blake said they had been talking for about six months before she decided to do Paradise. He also said he was willing to talk more depending on how things went for her in Mexico. However, he did note that the show can change you. He said, “I would be willing to talk, of course. But we’ll see how Paradise works out because she’s going to Paradise. And I don’t know, that show can change you and those producers get a hold of you. The show doesn’t like me, the show doesn’t want to see us together.”

Of course, there are also rumors that Becca is with Thomas Jacobs. It’s yet to be seen how that plays out.

What do you think of Becca and Blake?