Kim Kardashian’s butt is making the news today. Fan speculation is mounting that Kim has seemingly removed the fillers from her famous backside. Fans reveal that they have recently spotted Kim out and about, and there is something very different about the reality star. The Sun reports that the KUWTK star’s fans state that Kim’s booty is shockingly smaller in size.

The great Kim Kardashian booty debate began picking up speed following Kim’s recent Instagram share. In the photo, Kim is seen wearing tight black leggings and holding her youngest son, Psalm. Kardashian’s followers immediately began questioning the beauty mogul asking, “Did you shrink your bottom?” Others wrote: “I swear her bum looks so different” and: “What happened to her booty?” 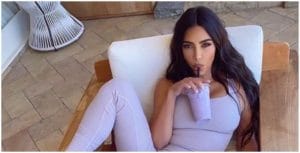 OK! magazine reports that they spoke with a surgeon (not Kims) who reveals to the magazine that looking at the recent photos, it is very obvious that “Something has been removed.”

The surgeon continues stating; if Kim Kardashian has butt implants, she has undergone removal. If not, then she has had filler dissolved or liposuction to reduce the size of her bottom. “The main difference with Kim’s bottom is the emptiness at the top compared to photos of her before.” However, without a physical examination, the opinions are purely speculative.

Something Is Different About Kim Kardashian

Kardashian fans who have been following the family from the beginning are witness to all the extreme transformations that the Kardashian/Jenner family has undergone for the past several years. 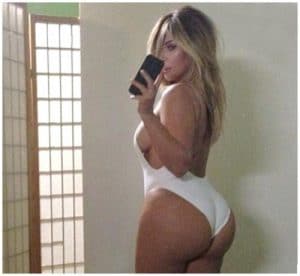 The family continues to change day-to-day. The physical changes for some of the KarJenner family members are more extreme than others. Kim, Khloe, and Kylie are the three that fans believe changed the most in looks over the years.

Khloe Kardashian is receiving many negative comments over the past couple of years as fans claim they are concerned that Khloe is going way too far with the plastic surgeries on her face. Additionally, fans are claiming they feel these days Khloe may be developing an addiction to plastic surgery.

Next to the Kardashians, ongoing changes with their looks; things are changing within their personal lives. On Friday, Kylie Jenner’s second pregnancy began making news headlines. The news reveal is allegedly an accidental slip by Kylie’s father, Caitlyn Jenner. 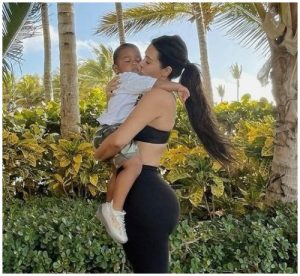 If the information reveal is accurate, it appears that Kylie Jenner and Travis Scott will be expecting the arrival of their second baby together sometime in February. The couple also shares a daughter Stormi, 3.

Since the KUWTK series finale aired, fans anxiously await news on the family’s next series, which will air on Hulu. Unfortunately, at this time, details are few and far between about the family’s upcoming new series.