Malia White is single and ready to mingle in Below Deck Med Season 6. The bosun is back and is the boss of a team of men. One of those deckhands includes David Pascoe, who admits that he has a crush on her. He says it’s awkward to like someone you’re working underneath.

According to the sneak peek for the next episode, the two get quite flirty with one another. However, that could quickly turn awkward. David comes off as a little shy when it talking to the girl he likes. Malia doesn’t seem interested in dating or hooking up this season.

The couple broke up shortly after filming for Below Deck Med Season 5 ended. Malia White took to her Instagram Stories to hint that Tom cheated on her. She confirmed it again during this season. While Tom has reached out to her, she has no intentions of getting back with him. Of course, that hasn’t stopped the man from trying.

Malia made it clear that she’s enjoying the single life. She hasn’t expressed any interest in any of the men, as of yet. That could all change during the crew’s next outing. Malia has previously joked that alcohol makes her do stupid things when it comes to men. She made out with too many guys during Season 2 of Below Deck Mediterranean. 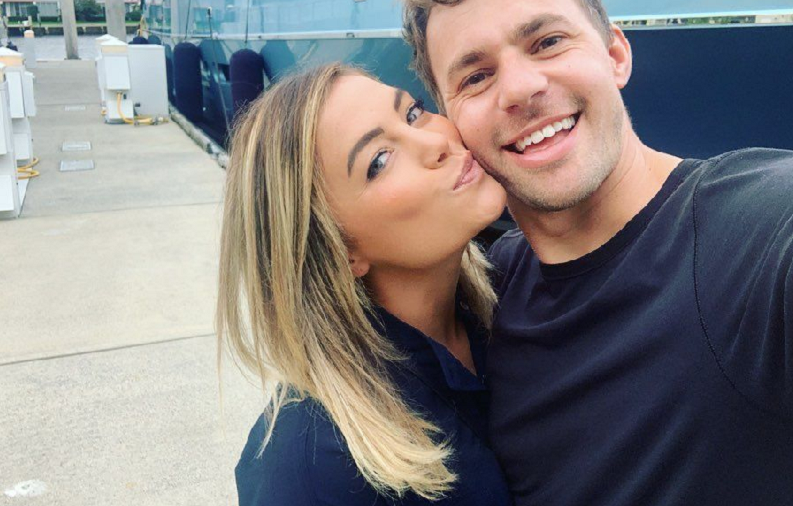 Monday night’s episode flashed back to when Malia was in a love triangle with deckhand Wes Walton and Chef Adam Glick. Ultimately, Malia and Wes ended up together. But that didn’t come without tears and drama. The two ended their relationship after filming that season and just grew apart.

During the reunion, Malia declared her love for a musician she just met. Since then, she moved on and entered a long-term relationship with Chef Tom Checketts. She has a thing for chefs and her fellow co-workers. That could be the case if Malia gives David a shot.

Malia White has intentions of remaining single during Season 6. She doesn’t want her personal life to get mixed with her professional life. Her fellow Below Deck Med star David shared his true feelings about her. In an interview with Us Weekly, Malia said she had to let him down easily.

“So I think unfortunately for my admirers, I was in not a place to look for romance,” she revealed.

There’s no romance in the future for Malia and David. The two are just good friends. She admitted that she didn’t realize that he was interested in her. Malia was blind to his attempts at flirting.

She joked that the alcohol gave him the courage he needed to share his feelings. Fellow deckhand Lloyd Spencer also had a crush on Malia, but she didn’t notice. The Bravo star is just focused on her job this season. She has enough going on with the drama that’s taking place this season.