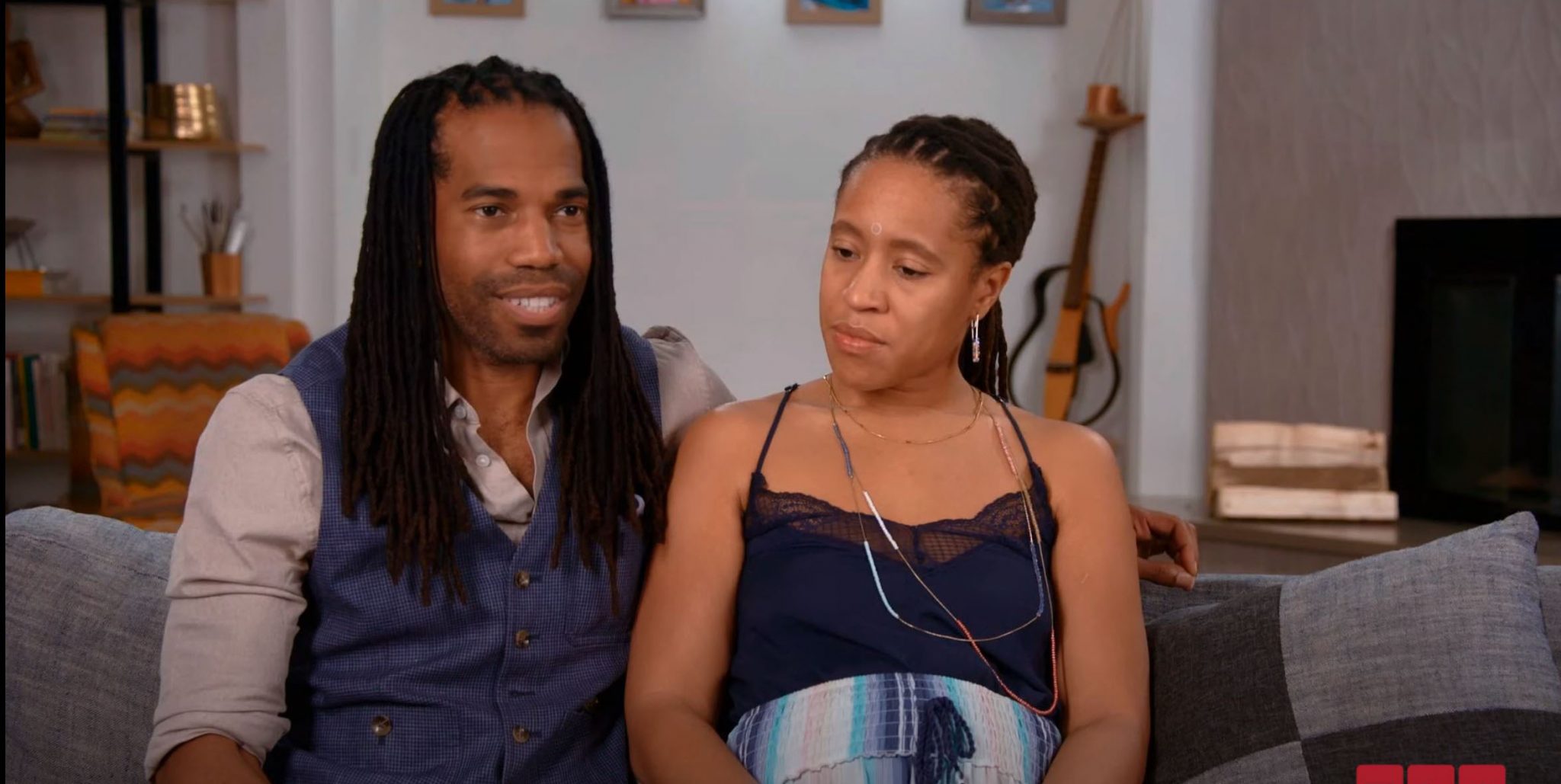 After much speculation, Ashley Snowden is confirming her relationship status. The Seeking Sister Wife star is officially single. Rumors have been flying as to whether she had split from her husband, Dimitri. Especially after he was rumored to be homeless and in a world of debt. Now, she is setting the record straight on Instagram.

Season 3 was incredibly rough for Ashley and Dimitri. They had to start the season anew after their previous sister wife, Vanessa Cobbs left them. According to the Snowdens, she sent a text ending the marriage. Then, she brought her family with her to collect her belongings. However, they held on hope as they courted two women. Tayler Monique was a single Henna artist from Georgia and Christeline Petersen was a single mother from South Africa.

Both women gelled with the family very well. Ultimately, Tayler decided to move in right away. Chrissy came over right as COVID began with her daughters to beat the travel ban. Yet, nine people living under one roof was a struggle. Plus, Dimitri lost his income so he was forced to take on odd jobs. While the season was airing, Chrissy accused the Snowdens of domestic abuse. She even obtained a temporary restraining order against Dimitri.

Additionally, it came out that Dimitri and Chrissy had legally gotten married so she could stay in America. He eventually filed for divorce. Viewers still watched the romance play out. Some demanded the family be fired from the show for their behavior. In the end, Chrissy went into hiding with former sister wives coming to her side to start a GoFundMe. It seemed Ashley would stick by Dimitri’s side no matter what. Or would she?

The End Of The Snowdens

Ashley has started to venture out on her own with collaborations and brands. She has found a very strong voice and, today, the mother of three announced she is single. On her Instagram page, she shared a long post. It started with her saying: “My truth, because misinformation is harmful: I’m single and grateful for life.” She went onto encourage kindness above everything.

Her general message is just because viewers think they know someone from television does not mean they automatically do. Furthermore, she does not want to hear anything about being a “celebrity” so she should get used to people asking her about her personal life. She is extremely thankful for everyone who has reached out to her with their positive messages.

Her followers have sent positive messages including this one: “You are a beautiful person and an inspiration! I too have been through some trying times, I finally understand what peace is in my life. ❤️ sending lots of positive vibes.” Looks like they won’t be on the next season of Seeking Sister Wife.

Are you shocked by this? Let us know in the comments below.