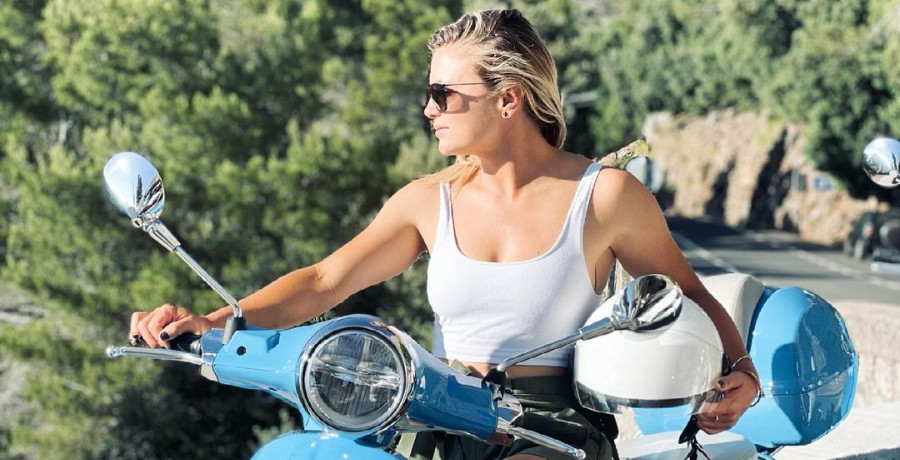 Below Deck Med star Malia White wounded up in a horrific scooter crash. She ended up with stitches and bandages all over her body. The bosun chronicled the before and after her accident on social media. Now, she’s riding on a different type of scooter.

The yachtie needed to get around somehow. She was admitted from the hospital and is currently healing from the crash. Recently, Malia went to the grocery store where she rode a motorized grocery scooter. She joked about the ironic situation in a new Instagram clip. Check out Malia’s post for yourself and find out what happened to the Bravo star.

On Saturday, July 10, Malia White shared a clip of herself riding a motorized shopping cart. She wore a white button-down short-sleeve shirt with an orange and yellow fringe skirt. She accessorized her look with black sunglasses and black thong sandals. Malia was craving some buffalo sauce and needed to find a way to get around the store.

“Back on a bike in no time,” she joked in the caption. “‘get buffalo sauce’ #priorities #buffalochickentacos.”

The television personality rode slowly and carefully down the aisle. She abruptly stopped when she found what she was looking for. As you can see, Malia’s arms and legs are still bandaged. She also has a slight bruise on her face and a rash on her thighs. While she’s still healing, she appears to be in good spirits.

Her Below Deck Med crew members reacted to the lighthearted video. “Ohhh myyy god lol,” Bobby Giancola from Season 1 joked. Courtney Veale and Katie Flood from Season 6 also got a kick out of Malia’s video. Some of her fans and followers took the post to share get well wishes. One took it upon themselves to add a caption to the video. “They see me rollin,” one joked, referring to the song “Ridin'” by Chamillionaire with Krayzie Bone from Bone Thugs-n-Harmony.

Malia White also took to her Instagram Stories to share another treat she received. Her brother and sister-in-law sent her a special delivery of her favorite cookies. The reality star opened up the box, which revealed individually wrapped chocolate chip cookies and brownies. The surprise gift is enough to make everyone hungry.

“When your brother & sis-in-law know you too well! #sendcookies,” Malia captioned the clip.

She included the Cookie Monster gif and tagged the bakery Salty Sweet. “Thanks for throwing in a few extra for a speedy recovery!” Malia added to her post. Meanwhile, she continues to share her healing process on Instagram. She returned home after the accident which took place in Spain.

Below Deck Mediterranean airs Mondays at 9 p.m. ET on Bravo.