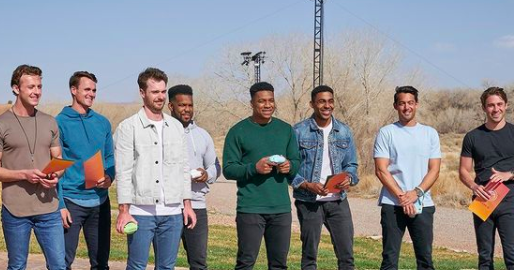 With Thomas gone, it’s time for a new Bachelorette villain. Will Tre Cooper take that place? Who do you think the next villain on the show will be?

At this point, it’s no secret that Thomas went home. Apparently, he has considered how he could be The Bachelor next season and the men in the house were not happy at all. Once Tre got wind of this he ran to Katie Thurston to tattle. Katie listened to Tre and took what he said to heart. Then, Katie talked to Thomas who tried to smooth talk her. Needless to say, she saw right through him.

“Your Bachelor audition ends tonight, so get out,” Katie tells Thomas in front of everyone.

Ashley I. supports Katie and her firey ways.

“I appreciate Katie in the way that she does not deal with B.S.,” she says. “I love that she’s cutting the weeds like that, every week. If there’s any question about a guy, she says goodbye.”

However, she also sides with Thomas a bit on this. She thinks the send home was harsh and she knows that every man thinks about being The Bachelor.

“However, I thought that was extra,” she reveals. “That was too harsh because every guy in that house has had the thought that he could be the future Bachelor.”

Ashley has a good point, but for now, all that matters is one villain is gone and someone will likely take his place.

Now though, it seems that Katie Thurston loves a snitch. MYSA points out that three times in a row now, the men have teamed up and gotten whoever they want sent home. Every single time Katie listens to what these men say and then sends him home. That in itself makes the whole thing seem a bit more manipulative.

Could Tre be participating in this just so he ends up with Katie? There’s no telling quite yet. However, if that is his plan, he will have some tough competition with Greg, who Katie seems to be swooning over quite a bit.

Do you think Tre Cooper will become the new villain on The Bachelorette? Or, will he continue on happily? Perhaps Katie Thurston will see right through him. Let us know what you think in the comments below. Come back to TV Shows Ace for more news on all of your favorite Bachelor Nation stars.