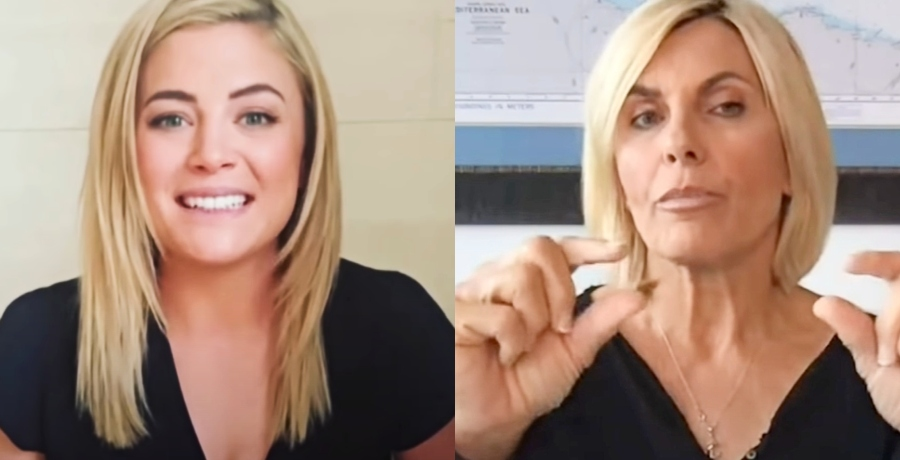 It was only last year when Below Deck Med alum Hannah Ferrier didn’t get along with Captain Sandy Yawn and bosun Malia White. Hannah made it clear that she wasn’t crazy about working with either of them. It was so bad that it gave her panic attacks. Fans didn’t like the way that Sandy and Malia treated Hannah, especially with her controversial firing.

The trailer for Season 6 has since dropped. It looks like another fiery season filled with hookups, tears, drama, and fights galore. Even Sandy and Malia have words with each other. In a new interview, Sandy opened up about their drama and if they still speak today.

In the explosive new trailer for Below Deck Mediterranean Season 6, Captain Sandy exclaims, “I don’t give a f***” at Malia. The two appear to butt heads this season. On Friday, June 25, Sandy spoke to E! News about that scene and where they stand today. In the clip, Sandy called out Malia for not owning up to a major safety risk.

As fans know, the longstanding captain is all about safety. It’s the reason why she fired Hannah during Season 5. Sandy found out through Malia that Hannah had an unregistered prescription for Valium and a CBD pen in her belongings. She couldn’t stop talking about maritime law and how she could lose her yachting license.

Safety is Sandy’s utmost priority in Season 6. Malia doesn’t take responsibility for what happened to a crew member. In her interview with E! News, she revealed that the two are on good terms.

“Oh, Malia and I are fine,” Sandy explained. “We just have to wait and see what happens, but, you know, there are times, even though you’re leading people, you get p***ed.”

Sandy was upset when Malia wouldn’t own up to the issue. “One of the things that really upset me is when people don’t take responsibility and they shrug it,” she added. Sandy beats this issue like a dead horse and it’s for good reason. She doesn’t want anything to happen to her crew members, or for her career to be on the line.

What does Captain Sandy think of Malia White?

Despite the drama, Sandy still thinks highly of Malia. She feels that the Below Deck Med star still takes her job seriously. She called her “an awesome crew member” who shows up and “does her job.” Some fans might think that Sandy is shading Hannah.

“You know, she always pitches in, you see her washing the dishes,” Sandy says. “Like, she’s a team player. She’s a real yachtie.”

However, Sandy feels that Malia has “a lot to learn still.” She feels that the bosun is still “learning” as she goes along. Malia recently showed off her new certifications on Instagram. She told her followers that she was the only woman in her class. The newly single Malia also has her share of fun on the superyacht this season, as you can see in the trailer.