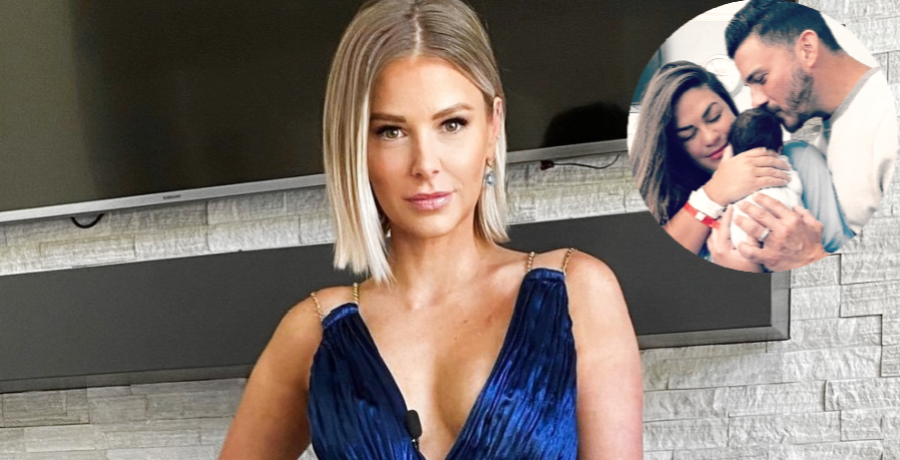 Ariana Madix revealed which of the Vanderpump Rules babies she’s met. There was a baby boom among this group that rivaled the Below Deck crew. Stassi Schroeder, Brittany Cartwright, Scheana Shay, and Lala Kent were all pregnant at the same time. This happened amid the Bravo firings.

As fans recall, Stassi and Kristen Doute got the boot for their past racist remarks and actions. There was also a divide among the group. Scheana and Lala had words on social media, which led to a feud. The two have since made up and even joined Ariana and Stassi for a girl’s night out. Now, Ariana is revealing if she’s met anyone’s babies.

In a new interview with Us Weekly, Ariana Madix talked about the Vanderpump Rules baby boom. There are so many new moms among the cast. Ariana Madix said that she met them all except for one little bundle of joy. She has yet to met Jax Taylor and Brittany Cartwright’s son, Cruz.

“They’re all just little angels,” she in her Thursday, June 24 interview. ” I think I’ve met everybody except I have not met Cruz, yet. I’ve met them all other than him.”

The 36-year-old told the publication that Brittany is “doing great” since becoming a new mom. Ariana has a feeling that Brittany is still over the moon. She recalled a moment when Brittany expressed the need to be a mom. Ariana is happy that her dreams have finally come through.

“I know she’s so happy. She always wanted to be a mom, so I know she’s just been loving life and obviously, I’m sure there’s plenty of trials and tribulations it comes with being a new mom,” the reality star added.

As fans know, Ariana and Tom Sandoval had a fight with Jax Taylor and Brittany Cartwright during the Vanderpump Rules Season 8 reunion. The two went head-to-head in the dramatic three-part reunion. Some fans likened the season finale to a series finale. They felt that since the cast members were no longer friends, it was best to end the show that way.

Regardless, Vanderpump Rules Season 9 is currently in production. It returned from its prolonged hiatus. Production was on hold due to the coronavirus pandemic and the Bravo firings. Ariana Madix told Us Weekly that the show is “different” from the previous season.

“That’s kind of the point,” Ariana explained. “I’m really excited about the future, so hopefully they’ll be excited too. I think they should be.”

She also revealed how the new season will move on after the cast shakeup last year. Ariana likened it to “peaks and valleys” which also comes with plenty of “emotional moments.” Still, she has a feeling that Season 9 will make for good television.

“It’s because it’s emotional moments and things like that,” the Fancy AF Cocktails coauthor said. “Everyone who is on the show currently are all people that I’m super close with and so what ends up happening is if you do have a disagreement it’s, like, you don’t want to fight with someone you love. But you have to talk about it, and you have to go there sometimes and that’ what can be really hard about it.”

In addition to Stassi and Kristen, newbies Max Boyens and Brett Caprioni were also fired in June 2020 for their past racially insensitive tweets. Ariana said that the new season of Pump Rules will change in every way possible. What are your thoughts on Ariana not meeting Jax Taylor’s son? Sound off below in the comments.