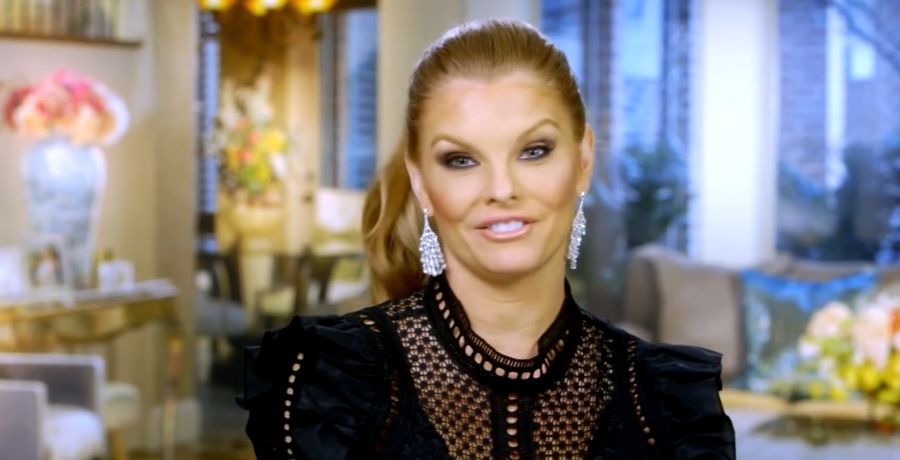 The woman caught kissing Brandi Redmond’s husband Bryan speaks out. She opened up about her “hookup” with the RHOD star. Months ago, the mystery lady posted a video that showed her locking lips with the married man. It had fans wondering if the couple had an open marriage.

Quickly, the infidelity rumors flew. Brandi confirmed that it was her husband who was in the clip during The Real Housewives of Dallas reunion. Now, that woman is coming forward and sharing what happened. Loose lips sink ships and that’s the case for Brandi’s husband.

Ms. Lady Lips speaks out about “hookup” with RHOD star

Brandi Redmond and Bryan’s troubled marriage continues to make news. According to a new report via Reality Blurb, the woman is sharing her side of the story. She calls it a sordid tale. She remained anonymous as she shared a DM to Bravo and Cocktails via Instagram. The woman kept her identity a secret by creating a fake Instagram account, otherwise known as a Finsta. She claims that she just found out about the video earlier this week.

The woman had no idea that the video went viral for months. She also finds it interesting that no one has recognized her. But for now, she’s keeping those details to herself. The Bravo fan page asked the mystery lady about whether she met with Bryan for a “hookup” or for a “drug deal,” and she confirmed that they had a “hookup.”

“It wasn’t at all a drug deal. I never saw him do drugs, and I never gave any to him,” the woman wrote. “I had a bag over my shoulder and I was reaching for my phone lol.”

The other woman wanted to come forward and shot down the rumors that they were exchanging drugs. She admitted that they had a “one-night thing” and that they “texted a little bit but nothing more came out of it.”

The woman revealed that she knows nothing about Brandi Redmond or her husband Bryan. She claims that she “never watched” an episode of The Real Housewives of Dallas. The lady of the night only knows what Bryan told her. She recalls a time when he told one of her friends about adopting his son, his business, and his wife appearing on Housewives. The anonymous source said that she didn’t know anything else about him other than the photos he showed her of his children.

This comes after Brandi’s friend, Stephanie Hollman, admitted that she “do something to herself” in lieu of the controversy. However, the reality star denied her friend’s claims. She put on a brave face and said that she is a “happy wife,” despite what the internet is seeing. Filming for The Real Housewives of Dallas is currently on hold.

What are your thoughts on this mystery woman speaking out? Do you think she was brave to come forward? Or do you think she should be ashamed? Sound off below in the comments.