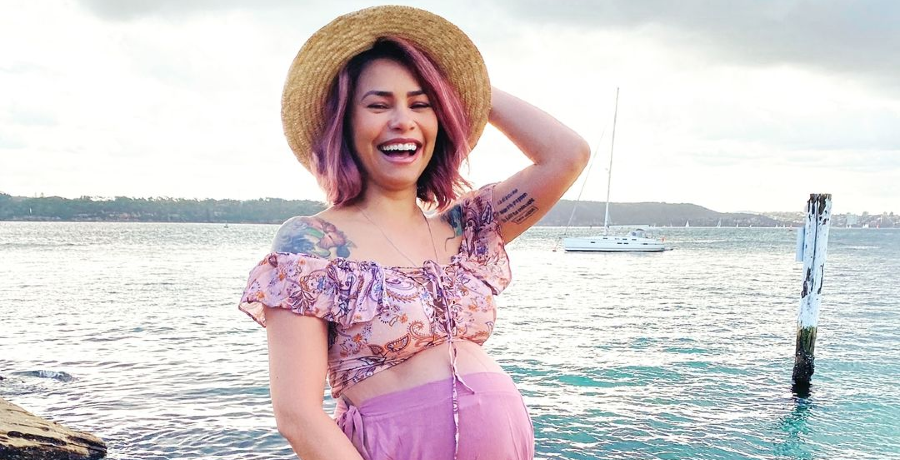 Below Deck Sailing Yacht star Dani Soares wants the focus on her baby that SHE gave birth to, no one else. In May, she announced that she gave birth to a baby girl, Lilly. The reality star first shocked fans when she first announced her pregnancy back in April, which was halfway into Season 2. Viewers did the math and quickly realized that Jean-Luc could be the father of Dani’s child.

Over the past few days, Jean-Luc caused a stir on social media. He took to Instagram to claim that he’s unsure whether he’s the child, but he’s tired of seeing the rumors swirl around the internet and in the media. He then followed up with a baby photo of himself around Father’s Day to maybe prove that he’s not the father. Dani has since responded to the drama.

Dani Soares wants the focus on her baby

On Monday, June 21, Dani Soares shared a throwback photo from when she was pregnant with her first child. In the photo, she wore a dress that featured a paisley print bodice and a pure wrap. She paired her look with a straw hat and light blue bathing suit bottoms. Dani shared the photo to end the ongoing drama surrounding her baby’s paternity.

“*add motivational quote here* 😝,” Dani joked. “Just over here keeping the focus on this little life that I’m responsible for❤.”

In the comments section, Dani got plenty of support from her Below Deck cast members. Izzy Wouters wrote, “And we love you both so much ❤️,” while Sydney Zaruba added, “You look amazing 🧡 so proud of you Dani !”

Some fans took to the post to share their own inspirational quote. One wrote, “She remembered who she was and the game changed. -Lalah Delia❤️‍🔥💫” A second one added, “not all heroes wear capes❤️🙌.”

Shares her look for Below Deck Sailing Yacht Season 2 reunion

Dani Soares often shares selfies of her #OOTD on Instagram. Last week, she teased her look for the two-part Below Deck Sailing Yacht Season 2 reunion. In the series of photos, she wore a pink leopard print dress that perfectly matched her newly dyed pink hair. But Dani admitted that she had a hard time finding the right dress for the reunion.

“Do you know how hard it is to find a nice dress when you 9 months pregnant?! 🥴” Dani asked her followers. “Or a make up artist for a 2 am job?! It’s all over guys 😭. But we still have the reunion 😁.”

In the post, Dani credited herself for her makeup and hair. She credited the House of CB for her dress. Fellow co-star Alli Dore noted that the “time difference was so savage for us (and for my poor hair and makeup artist 🤦‍♀️).” Below Deck Sailing Yacht Season 1 alum Jenna MacGillivray called Dani a “Babe x 2 😍,” while Ciara Duggan commented, “So gawgeous 😍🔥👏.”