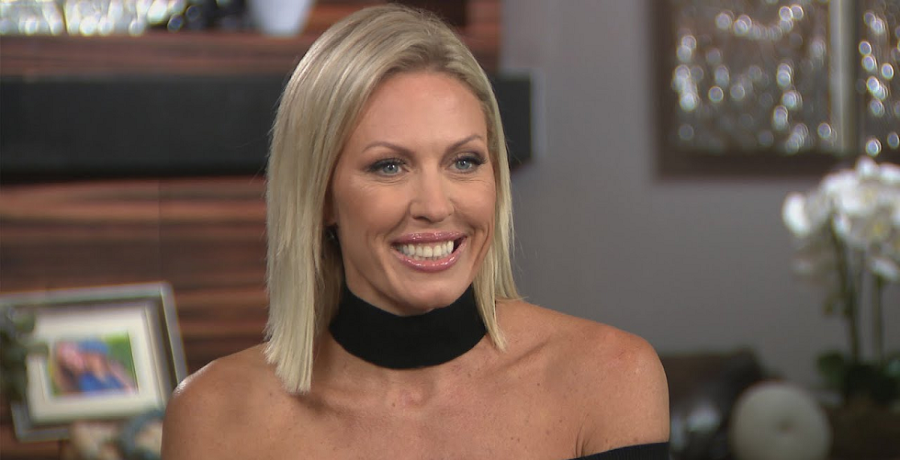 Last week, Braunwyn Windham-Burke announced her departure from The Real Housewives of Orange County. Now, she’s opening up about her new relationship. In Season 15 of the Bravo series, she came out as a lesbian. Braunwyn is currently navigating her “modern family” with her husband Sean Burke.

Although she’s not returning to the reality show, she still has a connection to it. The mom of seven announced who she’s dating on RHOC. Braunwyn opened up about her new relationship with E! News at the GUARDaHeART Foundation’s Unmasked Heart Disease event over the weekend. She has connected with this cast member from Season 6 of The Real Housewives of Orange County.

At the event, Braunwyn Windham-Burke revealed who she’s seeing lately and it’s someone in the RHOC family. She confirmed her relationship with Fernanda Rocha, who appeared on Season 6 of The Real Housewives of Orange County.

“We have been hanging out,” Braunwyn told E! News. “We are close and she’s been an amazing support to me. I’m glad I met her. I will say this: There have been some rumors about when we went from being friends to a little bit more than friends. It was after she got divorced so there’s nothing salacious like that happening.”

However, Braunwyn is the one who’s still a married woman. The two ladies spent some time together before realizing that they want to become more than friends. Braunwyn calls Fernanda a “special” woman. However, she didn’t want to label their relationship, but she did admit that they are “definitely dating.”

Braunwyn previously dated girlfriend Kris after she came out as a lesbian in an interview with GLAAD in December 2020. The couple ended their short-lived romance in April 2021. Braunwyn couldn’t stop gushing about Fernanda. She called her a “caring and nuturing” person.

The former RHOC co-star couldn’t stop talking about Fernanda. She called the fitness instructor a “very steady, very spiritual, very level-headed force.” Braunwyn Windham-Burke noted that her emotions get the best of her, but that her new girlfriend “brings me back me back down to center.”

“I’ve been in the same relationship for most of my life so she’s taught me about compromise and meeting someone in the middle,” she continued. “I haven’t really dated much because I’ve been with Sean [Burke] since I was 18. But she’s just been patient and understanding and we’re having a great time.”

Braunwyn opened up about her RHOC exit. She said that she’s still “confused” over the news. The social justice activist wanted to “showcase a healthy, lesbian relationship.” As TV Shows Ace previously reported, Braunwyn is hurt by Andy Cohen’s comments and Bravo’s decision. She also wanted to prove how far she’s come since admitting that she’s an alcoholic.

The Real Housewives of Orange County Season 16 will start filming next month.