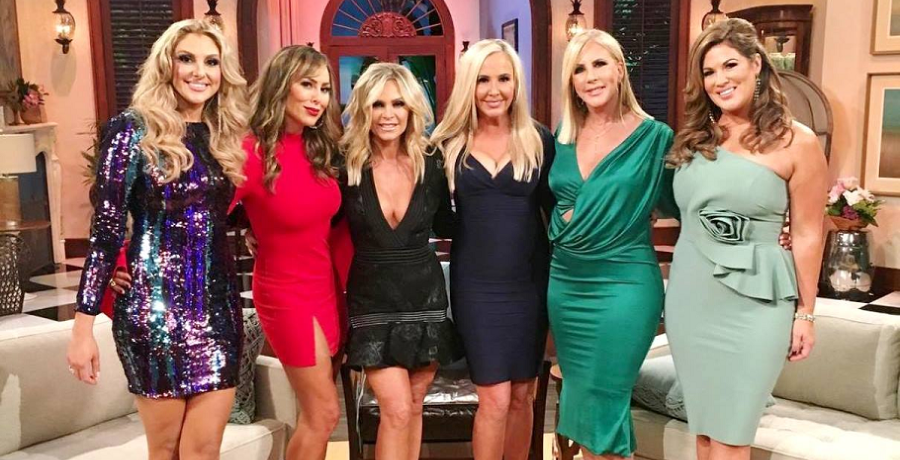 There is a major RHOC casting shakeup in place. At the end of Season 15 of the Bravo series, Andy Cohen teased a reBOOT, meaning that he planned to boot out some of the Housewives. Earlier this week, Bravo announced that Braunwyn Windham-Burke, Kelly Dodd, and Elizabeth Lyn Vargas will not be returning for another season.

Kelly Dodd’s departure comes as no surprise to fans. She caused controversy in the previous season for the things she spouted on and off the show. Some may be shocked by Braunwyn’s exit, while others not so much. Elizabeth’s exit may not also be surprising since she didn’t make much of an impact on the viewers.

Kelly Dodd was one of the first to announce her departure from RHOC. At first, she took it well but now she’s been feuding with Braunwyn on social media. No one knows the reason behind Kelly’s exit. However, it’s probably because ratings dipped during Season 15 all because of Kelly’s appearance.

Elizabeth never made an impact on viewers. So, it also comes as no surprise that she would be given the boot. In a statement on Instagram, Elizabeth thanked both Bravo and her fans for their support. Braunwyn certainly had an interesting season. Not only did she announce that she was an alcoholic but she also came out as a lesbian.

Despite Braunwyn’s social justice platform, some accused her of being on the show for fame. Kelly even accused Braunwyn of faking her alcoholism for a storyline. However, Braunwyn’s modern marriage and unique lifestyle are as real as she gets. She continues to share her life on social media.

Now that these ladies are out, there are more oranges available. There is still a major cast shakeup in place. Former Housewife Heather Dubrow is set to make her return. There’s another familiar face who could also make a return.

According to a new report, Tamra Judge could return to The Real Housewives of Orange County Season 16. She would like to reunite with Emily Simpson, Gina Kirschenheiter, Heather Dubrow, and Shannon Beador. On Thursday, June 17, Radar Online revealed that producers are hoping to bring Tamra back to the show. Her grand return is still in the works, even if she denied it.

However, she would only be a “Friend” of the Housewives. As RHOC fans remember, Tamra was supposed to appear in Season 15. But producers only offered her a few episodes, which led her to announce her exit from the series. In January 2020, Vicki Gunvalson was the first to confirm her exit from the show.

I’m told Tamra will be a friend of the cast in some capacity. Which explains her recently saying she wouldn’t return full time. #RHOC https://t.co/DMVw908X2e

Tamra didn’t like being downgraded to “Friend” of the Housewives. Money also played a factor at the time. Could it be that Bravo offered Tamra more to return to the series? The Real Housewives of Orange County Season 16 will return next month.

Do you think Tamra will return to RHOC? Who do you think should join the show? What are your thoughts on the cast shakeup? Sound off below in the comments.