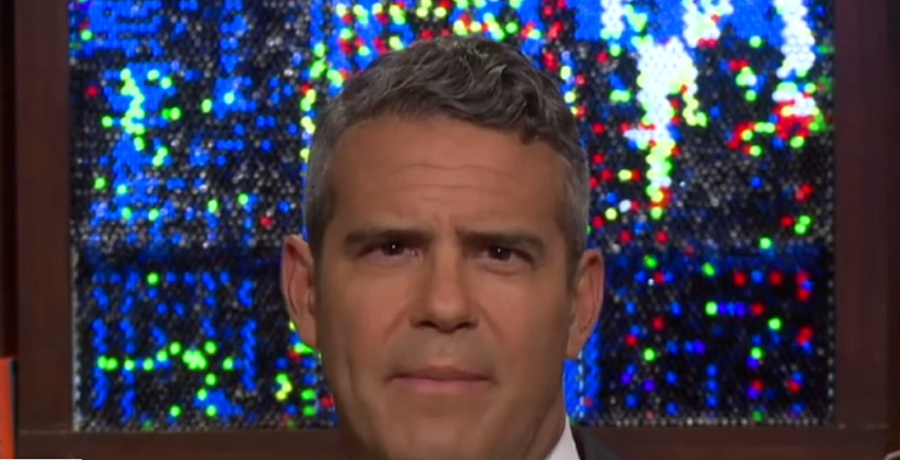 Andy Cohen sounds like one of those people who watched the first few minutes of The Housewife and the Hustler and tuned out. Unless he ignored the countless stories from Erika Jayne and Tom Girardi’s alleged victims. On Monday, June 14, the new documentary dropped on Hulu. RHOBH fans have been buzzing about the highly anticipated program.

The ABC News original included footage of Girardi’s testimony as well as stories from the alleged victims themselves. However, Cohen only focused on the first few minutes of the documentary. He also questioned the authenticity of it. It’s unclear whether he watched it all the way through, but he’s getting a lot of flak for his comments.

The Bravo host shared his thoughts on The Housewife and the Hustler. It didn’t take Andy Cohen long to defend Erika Jayne. He doesn’t think that the RHOBH co-star will get fired from the series, even though she’s deeply involved in the ongoing embezzlement case. If Jayne is found guilty, it could affect her career.

On the latest episode of his SiriusXM show, Radio Andy, the executive producer shared his thoughts on her career following the release of the Hulu documentary. The show focuses on the legal issues haunting The Real Housewives of Beverly Hills co-star and her estranged husband, Tom Girardi.

“I don’t think that documentary will affect her future on the show,” Cohen responded to a listener question. That same person admitted that after watching The Housewife and the Hustler, she didn’t want to watch the Bravo series anymore. Cohen then questioned the legitimacy of the program.

“I will say the idea that Danielle Staub and Dana Wilkey are the experts in this documentary about Erika is questionable at best,” Cohen continued. “So I kind of realized I wasn’t gonna learn anything new from them about Erika. The Tom Girardi stories continue to be deeply disturbing, and we have to see how this plays out.”

It sounds like Cohen only watched half of the series. The other half showed the alleged victims of the couple sharing their stories. While Cohen acknowledged Girardi’s legal mishap, he still brushed off the victims’ stories. The couple allegedly used their divorce to embezzle money that was supposed to go to victims of the 2018 Boeing plane crash.

RHOBH fans slammed Andy Cohen after his controversial comments. Most of them took to Twitter to share their thoughts. They called out Cohen for dismissing the victims. Others slammed him for his constant favoritism among the Housewives. Here are just some of the comments:

Most are in unison that Erika Jayne and Tom Girardi should get what’s coming to them. They also feel she shouldn’t be on the show after this season. Just watching her on the show would be kind of awkward after seeing the documentary and legal case play out. What are your thoughts? Sound off below in the comments.