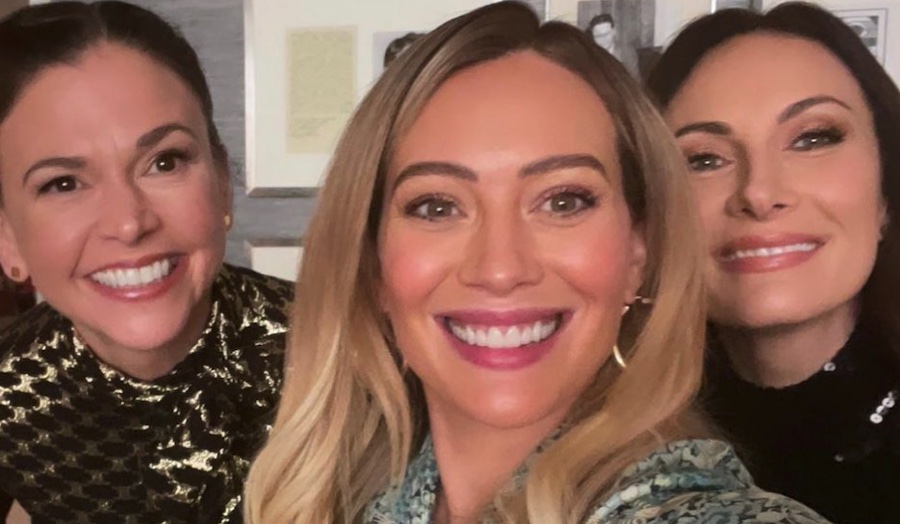 Now that Younger is officially over, fans have been hoping that the Paramount+,  TV Land show will finally get its spinoff with a spinoff show. This would be featuring Hilary Duff’s character, Kelsey Peters.

Will fans get their wish for more stories? Will the Younger spinoff happen? This is the latest update on the Hilary Duff series.

Beware, there are spoilers here. If  you have not seen the Younger Season 7 finale, do not read on.

Younger Spinoff ‘Off The Table’

Now that Younger has aired its final series episode, we know that Kelsey Peters is headed to California. She is going to live her best life, creating her own business. Moreover, Kelsey is now partnering with Reese Witherspoon’s production company, Hello Sunshine.

Sounds like the perfect fodder for the highly anticipated spinoff, right?

Unfortunately, no. On Thursday, Younger creator Darren Star confirmed that the spinoff is not going to happen. Speaking to TV Line, he confirmed that “I think that’s pretty much off the table.” While Star admits that sending Kelsey to California “could have set up the spinoff, sure, but that’s also just the way we wanted this to end. We resolved her story regardless of any notion of a spinoff.”

A year ago, in May 2020, there was talk about a Younger spinoff, starring Hilary Duff. The Hollywood Reporter shared that ViaComCBS, TV Land’s parent company has asked Younger creator Darren Star to develop a spinoff of the popular dramedy.

This was before Star made it official that Younger would end with Season 7. So, the spinoff was salvation for fans who loved the characters and types of storylines of this beloved show.

However, TVLine reports it was “never a done deal.” Sadly, the world of Younger is indeed over.

Hilary Duff Starring In How I Met Your Mother Sequel

In late April, Hilary Duff announced that she is starring in the new Hulu series, How I Met Your Father. This is a How I Met Your Mother spinoff. There were many questions on the Younger spinoff, and now it is clear that although the HIMYM spinoff only has 10 episodes in the first season, Duff will not be doing both.

In Younger Finale, Would Kelsey Have Still Gone To LA If Zane Had Stuck Around?

He went on to explain how even if Charles Michael Davis was not committed to NCIS: New Orleans, Kelsey still would have wound up in California. The storyline just pivoted a bit.

“Her journey was taking her somewhere else. It was always in our mind that she would set out for Los Angeles and start something new. There were a lot of iterations of that. If Charles Michael Davis had been available to us, things might have played out a little differently, but it was always going to end with Kelsey doing her own thing, alone, heading to Los Angeles.”

Younger fans, what do you think of how Kelsey’s story ended?