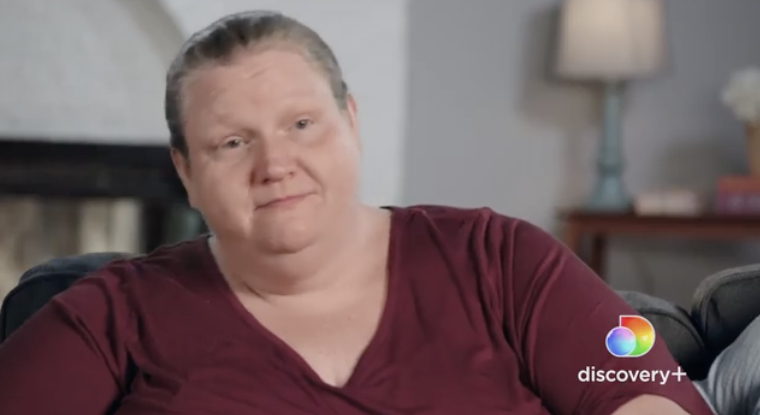 Tonight on discovery +, Too Large makes its debut. From the looks of the trailers TLC posts, much of this first episode will focus on best friends, Meghan and Vannessa. While viewers may not recognize the duo, it is likely that 1000-Lb. Sisters fans will recognize the doctor. The doctor responsible for helping patients on this show lose weight is Dr. Procter. TV Shows Ace previously reports that Meghan is concerned she won’t lose enough weight to get approval for weight loss surgery. Not only that, but Meghan is trying to convince Vannessa to see Dr. Procter. Keep reading to find out why Vannessa gets emotional on Too Large.

Too Large Meghan and Vannessa meet at a restaurant and have a difficult conversation.

In a teaser trailer for Too Large, TLC fans get another look into the dynamic between Meghan and Vannessa. For this trailer, the pair goes out to eat. From the beginning, it is undeniable that these women are super close. They are both ecstatic to see each other and Vannessa demands a hug from Meghan first thing. Vannessa goes on to explain that she is 41-years-old and she and Meghan have been “ride or die” since junior high.

The pair doesn’t waste any time catching up. They make it sound like this is the first time that either of them has been in a restaurant in a really long time. Vannessa explains that the tables and chairs make her embarrassed. Meghan agrees, but also adds that people stare.

Sadly, Vannessa goes on to explain an awful experience she had while pumping gas. She tells Meghan that while she was pumping gas, someone called her a “fat b*tch” from across the parking lot. Heartbreakingly, Vannessa also shares that she “sat in [her] car and cried for ten minutes.”

Next, Vannessa addresses some of the stereotypes she encounters as a big woman. She says “People are extremely judgemental of people my size. They think that we’re just nasty people, we sit on our butts. We eat, we don’t bathe, we don’t take care of ourself. And it’s not true.”  Ultimately, Vannessa’s message is that she’s the same as an average-sized woman. “Just because I’ve got extra skin doesn’t make me any different. My heart still works, my brain still works. And I still have emotions”

Are you tuning in to Too Large on discovery +? What are your thoughts on what Vannessa says? Let us know in the comment section below. Make sure to come back to TV Shows Ace for more Too Large news.