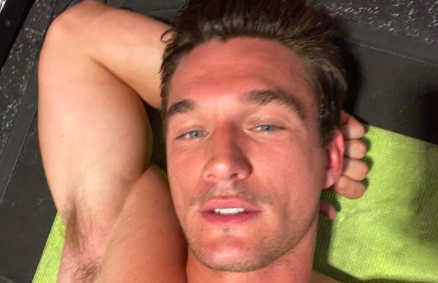 Former Bachelor star, Tyler Cameron, is making his way back to everyone’s TVs. This time though, it will be on Netflix.

A new Netflix Comedy is coming to the streaming platform on June 3rd. The movie is called Good on Paper and is about a stand-up comedian. The comedian will meet a guy that is “too good to be true,” Netflix says.

While that in itself sounds good, there is more to it than that. Bachelor fans rejoice because Tyler Cameron will be making a cameo. He posted on his Instagram story about the movie. First, he says that he directed and produced the project. However, he quickly said that was a joke. He actually just made a cameo.

“Such a fun project that I was able to write, direct, and produce…Kidding but I had a cameo!”

There’s no telling what his role will be in the movie yet. However, knowing Tyler, it’s going to be something funny and entertaining. He’s become a bit of a prankster recently with his buddy, Matt James.

That’s not all he’s up to

Tyler is clearly trying to make a name for himself in the entertainment world. Not only has he made a cameo on a Netflix movie, but he’s also been promoting his new book endlessly on social media.

His new book is called You Deserve Better. Apparently, it’s a book full of relationship and life advice that Tyler has learned over the years. It’s not actually out until July 27 but is open for preorder right now.

“I’m giving y’all all of me. Can’t wait to share more of my life with y’all. The lessons I learned the hard way, my views and tips on building healthy relationships, the mantra’s I live by, and the people that matter the most to me in my life. You can preorder my book #YouDeserveBetter (on sale 7/27) now at the link in my bio. Tag who you’re buying the book for! Love y’all ❤️❤️❤️,” he writes on a recent Instagram post.

It’s going to be really great for Tyler fans to get to learn more about where the star’s head is at. He has been in the spotlight nearly non-stop for the last couple of years. He probably has some pretty good life advice at this point.

Will you be watching Tyler Cameron on Netflix? Let us know in the comments below. Come back to TV Shows Ace for more news on all of your favorite Bachelor Nation stars.