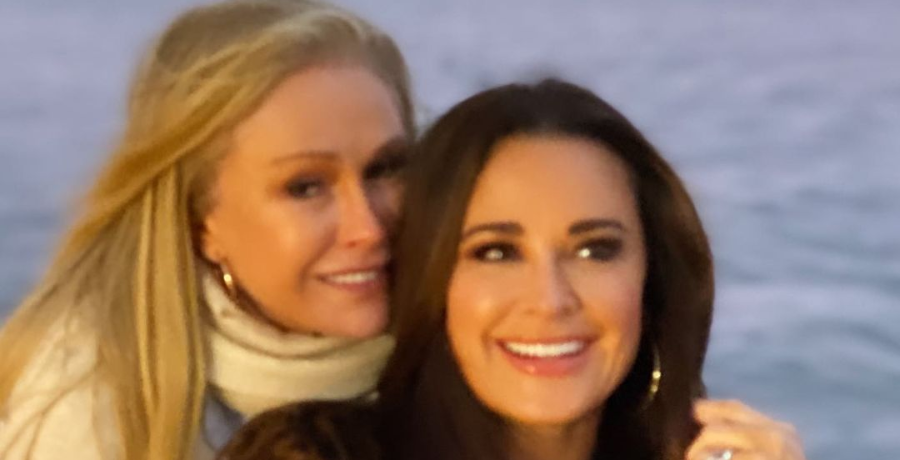 During the Season 11 premiere of The Real Housewives of Beverly Hills, fans didn’t recognize Kyle Richards. They claimed that she’s looking different lately. In fall 2020, Kyle admitted that got a nose job. However, fans think she got more work than she may have let on. Some gasped while others did a double-take during Wednesday night’s episode.

Since going under the knife, Kyle showed off her new look many times on Instagram. For those who don’t follow the reality star, the slight change may have shocked them. Most RHOBH fans took to Twitter to talk about Kylie’s new face. Many speculated over what kind of work she got done.

On Wednesday night, it was a case of mistaken identity. Kyle Richards made her return to Season 11 of RHOBH. Fans were aghast over her new look. While some think her new nose suits her well, others weren’t sure what to think. They admitted that it took them some time to get used to Kyle’s “new face.”

However, some fans argued that Kyle isn’t the only one who’s gotten work done. They also noted that both Dorit Kemsley and Lisa Rinna also look a little different from Season 11. Fans previously accused Dorit of getting a “new face.” For most of summer 2020, they mistook her for Kim Kardashian and everyone else in between.

In the clip from the Season 11 premiere, Lisa Rinna visited Kyle Richards when she recovered from her operation. She explained that she went under the knife because she broke her nose when “something flew back and hit me in the face.” Kyle wanted to get it fixed anyway, so she asked her doctor to “make it cuter.” She previously got a nose job in 2006.

She’s also gone under the knife before. Back in 2012, Kyle admitted on an RHOBH “Secrets Revealed” special that she had liposuction done on her stomach.

“After having four kids, no matter what exercise I did, the love handles wouldn’t go away,” Kyle said, per The Daily Mail. “I wanted to wear jeans and a tucked-in shirt and not feel self-conscious. I’m very happy with the results.”

During last night’s episode, Kyle debuted her new nose. She commended her doctor for taking “10 years off of me.” The television personality said that the procedure “was not painful at all.” Instead of sulking in pain after the surgery, she was “enjoying her downtime and watching movies.”

What are your thoughts on Kyle’s new nose? Sound off below in the comments.