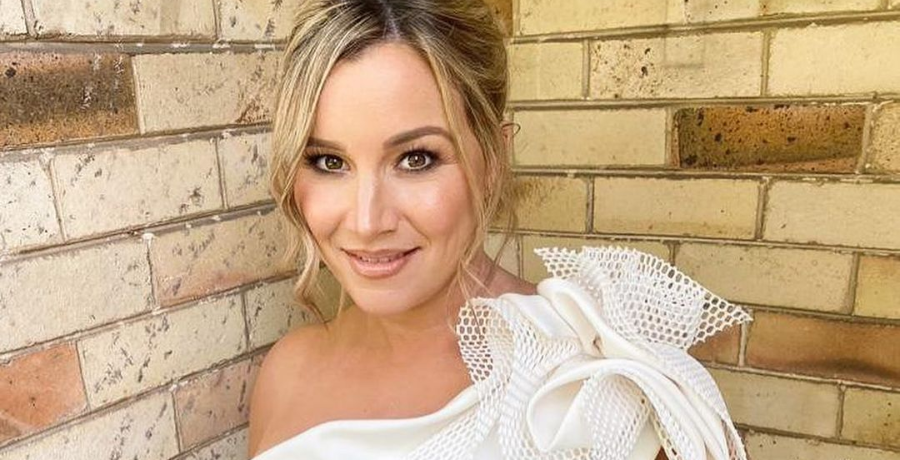 Below Deck Med alum Hannah Ferrier gave fans a rare glimpse into how she struggled with anxiety on the show. The former chief stew has had many panic attacks. Fans first saw Hannah suffer from anxiety during Season 3. She was overwhelmed in her feelings for bosun Conrad Empson.

The two heated up well throughout the season. Hannah feared that she was falling for him, and this impacted her ability to do her job. She also suffered a panic attack during Season 1, which she admitted to hiding better then. Hannah was more outspoken about her anxiety during Season 5, which unfortunately led to her subsequent firing.

The Below Deck Med star was not happy about returning to work for Captain Sandy Yawn. She suffered yet another panic attack on the show. The stress of her job made her feeling as if she was “losing” her mind, according to her confessional. Cameras captured Hannah in her bunk, looking as if she was going to pass out.

Bosun Malia White catches Hannah and asks her if she’s okay. “I think … it’s a panic attack,” she nervously says before catching her breath. She then asks for her Valium, which is located in her belongings. Malia comforts Hannah at that moment, but that all changes after they argue about room arrangements weeks later.

Malia wanted to bunk with then-boyfriend Chef Tom Checketts. However, Hannah didn’t want to bunk with Bugsy Drake. The two argued over the cabin arrangements, which led Malia to send Captain Sandy a photo of Hannah’s belongings that included her prescription for Valium and a CBD pen. Malia claims it had nothing to do with revenge, but everything with maritime law.

Sandy felt the same way as well. She asked Hannah to speak with her and then fired her on the spot. Hannah yawned, one part anxious and one part unimpressed, and left the boat as soon as possible. Fans were split on Hannah’s firing. This also led to a heavy discussion on the reunion episode.

Below Deck Med star shares a rare glimpse of anxiety

On Saturday, May 15, the Below Deck Med alum took to her Instagram Stories to post a rare behind-the-scenes photo. The image showed Hannah suffering from a panic attack as one of the crew members comforted her. Hannah curled up on a brown leather chair as the woman hugged her. The chief stewardess appeared to be in distress as the woman held a piece of food in her hands.

“The reality of filming Below Deck!!!” Hannah wrote in the caption. “Production trying to feed me when I have anxiety and I’m not eating.”

The fans on the Below Deck Reddit commented on Hannah’s powerful image. Most of them praised her for sharing this moment with her followers. One noted that they’re glad that production was supportive, especially when most of the crew members weren’t. Season 5 was one of the seasons when Hannah really struggled.

What are your thoughts on Hannah’s Instagram Stories? Have you also struggled with anxiety? Sound off below in the comments.