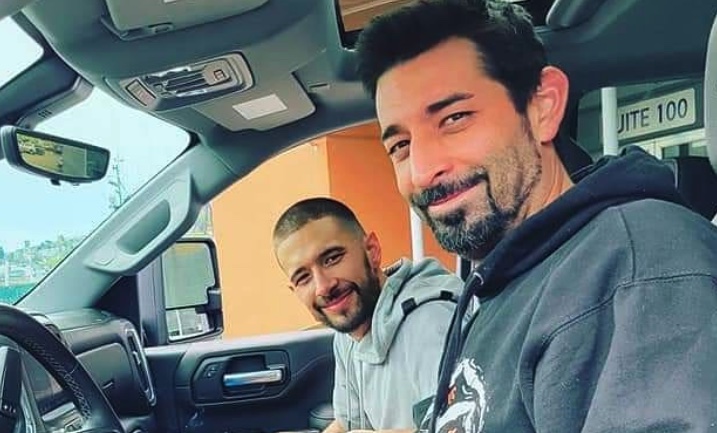 Deadliest Catch fans are starting to see glimpses of Captain Phil’s youngest son, Jake Harris. He has appeared on his big brother Josh’s social media. You may have seen him on the Discovery series.

Thanks to social media, fans can now learn exactly how Jake Harris is doing. What is his latest update?

What has former Deadliest Catch star Jake Harris been doing now that he is back home? According to his big brother Captain Josh Harris, he is doing great. Jake has been working alongside Josh with the boats.

However, Jake himself has shared a public statement on how he is doing. In late April, Jake went to Facebook and answered a “great question” that someone asked him. They wanted to know “What would you say the best kind of support you felt was? Tough love? Presence? Advice? Prayers/well wishes?”

Above all, Jake had an answer. That was “presence.” He went on to describe his addiction as a “jacket that didn’t fit.” Jake admitted that he no longer recognized himself. Moreover, his “connections” were “shallow” and his relationship with his family non-existent.

Jake Harris then shared how his girlfriend, Shawna, met him “halfway.” They talked about Rat Park. Shawna and Josh are old friends. Jake shared that she kept his brother in the loop.

“She invited me into her home, had me do chores, participate in movie nights, I got stuck doing laundry cause she hates to do it… she treated me with respect and with encouragement, didn’t tell me what to do and, reminded me that the only true accountability that I had was to myself. She told me I deserved better from myself, she let me build relationships with her family and gave me a feeling of responsibility and being needed.”

Shawna started to be his friend and support. Now, they are together.

The Deadliest Catch Star Started To Reconnect With Family

In the lengthy story of his journey, Jake Harris shared how he had a few bumps in the road. But, Shawna was there. He commended her for being “Patient throughout.” Jake also shared that “She stayed with me even if I messed up and listened when I was struggling and cheered when I did good.”

Jake also acknowledges that his family has been “incredibly supportive,” as well. They are all “happy” to see him. That presence has helped him. Moreover, “reconnecting” with Josh, and getting to know Josh’s adorable little girl has been “amazing.” He is also spending time with his sisters.

But, Jake does contend, “It’s a lot of pressure, though trying to learn coping skills and deal with the past that I have been ignoring for a really long time.”

Although Jake Harris contends that he will “probably always struggle,” presence will always help him. Then he quoted his brilliant late father, Captain Phil. “You can watch things happen, make things happen, or wonder what the hell happened.”

Most importantly, the key was to find the “reminder of what normal could be.”

Best of all, he reports that “It’s going pretty good, I think.” He is “happy,” and a part of something. Meanwhile, his health is better, and he is “hopeful for the future.”

“In the end when it came right down to it, I stopped asking for what I wanted because I can see now I didn’t know. By doing the next right thing and not doing things I have to hide from everyone a huge weight lifted off my shoulders. I’m starting to see that I need to love myself better and not give up on myself and that has been huge in my recovery, that choice and all the constant reminders that I deserve love, happiness and to be treated with kindness and that I need to focus on loving myself.”

Lastly, Jake thanked his girlfriend for helping to make sure his Facebook looked “nice and neat.”

Moreover, be sure to catch the Deadliest Catch on Tuesday nights on Discovery, and anytime on discovery+.