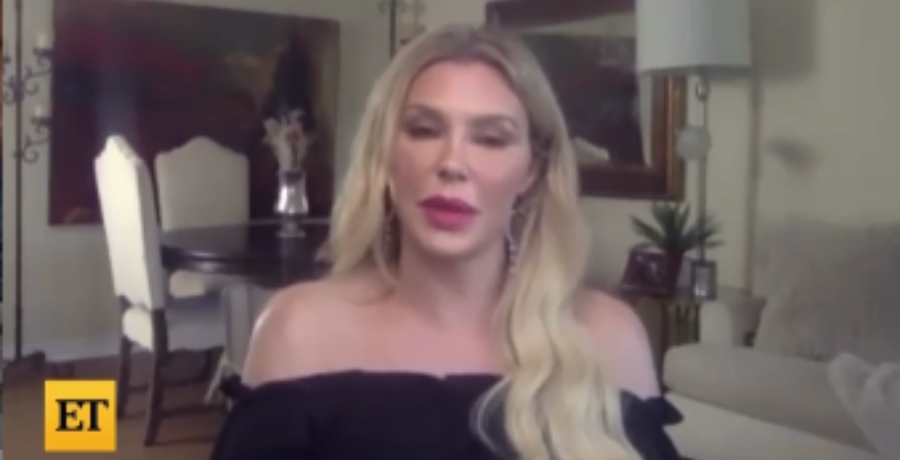 Brandi Glanville had an exclusive interview with Entertainment Tonight. The former Real Housewives of Beverly Hills star talked about everything from her feud with Kim Richards to her appearance on Netflix’s Family Reunion. While she plays a Housewife on the streaming app, that doesn’t mean she’s going to become one again.

Brandi has a feeling that she won’t return to RHOBH anytime soon. She is bidding farewell to her Housewives days. In the meantime, she’s focused on her career and her family. The reality star also addressed the status of her current relationship with LeAnn Rimes.

Where do the ladies stand?

Brandi Glanville shocked fans during the holidays when she shared clips of herself hanging out with LeAnn Rimes. She even showed her support for The Masked Singer Season 4 winner. Fans loved seeing the two women get along. It’s been more than 10 years since Brandi and Eddie Cibrian ended their marriage in the wake of his affair with the country singer.

Eddie and LeAnn will be celebrating 10 years of marriage. In her interview with ET Online, Brandi said that they’re all in a good place. It took a long time for them to get there. She feels that she and LeAnn have “grown” and changed over the years. The two even bond when it comes to co-parenting her sons that she shares with Eddie — Jake, 14, and Mason, 17.

“We’re, like, girly girls, we talk about everything and it’s all fine and great,” Brandi said. “Honestly, there’s no weirdness, there’s no awkwardness. The kids are super happy when we’re all together and it’s finally good.”

Brandi opened up about LeAnn’s anxiety and rehab stint. She complimented the singer and said that she’s “just a totally different person” than the one she first met. The Bravo star admitted that LeAnn would try to get under her skin. Thankfully, they have put that behind them.

“She’s not that way anymore. I’m not really that way anymore either,” Brandi said. “I really don’t like to fight. I don’t, but I will. I’m not a wallflower. And if someone gets me mad, they’re going to know.”

Brandi Glanville mentioned the affair when she joined The Real Housewives of Beverly Hills in 2011. One of her most notable feuds is with her ex-husband, Eddie, and LeAnn. It looks like the trio has moved past their drama. Earlier this month, Brandi revealed that they spent Easter together.

They tried to reconcile their relationship over the years. After many attempts, it would fail. However, things have settled in recent years with Brandi speaking highly about LeAnn and Eddie in the media and calling their arrangement a “modern family.”

On Sunday, April 4, she took to Instagram to post several photos from her Easter festivities. The photos featured Eddie, LeAnn, and their two children. Brandi simply captioned the post: “Happy Easter Everyone” and added three heart emojis.