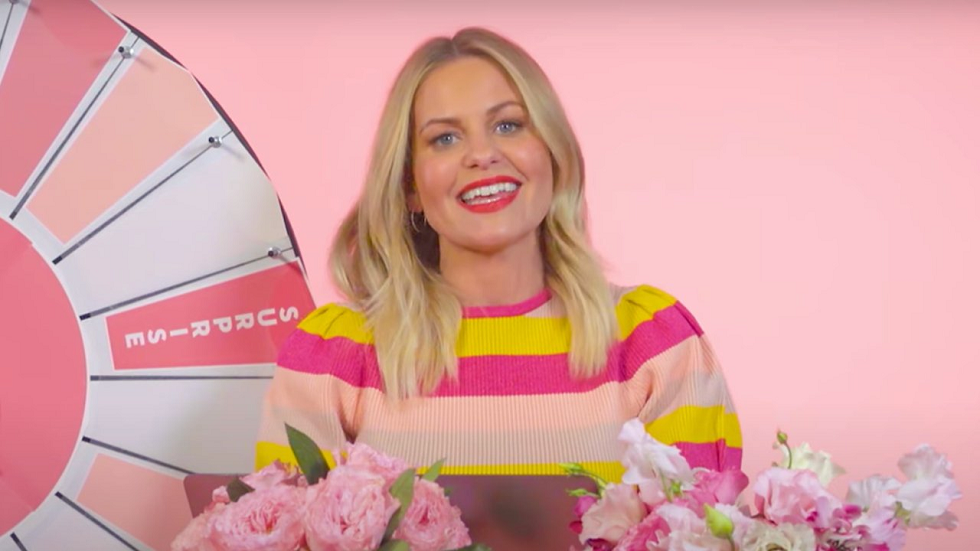 Candace Cameron Bure spends time with her family most of the time. However, she does have her own group of friends. The View alum was met with criticism for the type of people she follows on Instagram. Candace follows a mix of people, including her family members, friends, celebrities, and political figures.

People on both sides questioned Candace’s political views. The star explained that she wants to see both sides of each debate. She would rather take in different views than see one side to political issues. Now, fans are learning about the friends she made over the years thanks to her successful career on the Hallmark Channel.

Danica McKeller recently opened up about what she loves about Candace Cameron Bure. Both of the former child stars have found success on the Hallmark Channel. They have been friends for over thirty years. The two have been spotted at various events and even attended a production of Hamilton together.

The reason why Danica loves Candace is that she’s always “putting so much love, acceptance, and positivity into this world.” She considers the fellow Hallmark star inspiration for her own life. On Candace’s 45th birthday, Danica shared a photo of the two together on Instagram while calling her “my friend and sister sleuther.” She recalled the time they both grew up together on their respective shows, The Wonder Years and Full House.

Not only that, but they were also both contestants on Dancing With the Stars in 2014. Their respective careers have paralleled over the years. Danica said that she’s “more amazed every year at your grace and incredible beauty, inside & out, and so grateful for your friendship.”

Candace took to the comments section to write: “Thanks Danica!!!!!”

These actresses share many similarities. Hollywood has tried to pit the women against each other, but McKeller wanted to quash those rumors to rest. “The truth is actually we’re on great terms,” she told Us Weekly in 2014. “We want to see each other do well! We’re rooting for each other, we really are!”

Candace and Danica even dated Growing Pains actor, Jeremy Miller. The Fuller House star admitted that he broke up with her over the phone, revealing he had a new girlfriend named Danica. They didn’t let that silly teenage moment put a dent in their friendship.

Candace Cameron Bure became good friends with Marilu Henner amid the COVID-19 quarantine. Both of them star on Hallmark’s Aurora Teagarden Mysteries: How to Con a Con. Even Danica stars in her own Hallmark mystery series entitled The Matchmaker Mysteries. Last year, the Taxi alum quarantined in Canada with Candace where they filmed their latest film.

In an interview with Fox News, Marilu revealed what it was like to quarantine and work with the 45-year-old. The two would often take to Instagram to share some of their activities and shenanigans with their fans and followers. Candace and Marilu were always up to something. She admitted that it was their “fourth time” in quarantine together.

“She and I get along really well. We’re very compatible, a well-oiled machine at this point,” the 63-year-old said. “I saved up all the things I haven’t seen on Netflix and we watch them together. And the house is big enough that we can be on different floors and I can get my 10,000 steps on a different floor. And she’s on the Peloton.”

She also reflected back on how her friendship with Candace changed over the years. The veteran stars share the same birthday, which could be the reason why they relate to each other so well. Marilu says they relate “to each other a lot as mothers and actresses.” They spend most of their time cooking, working out, and watching TV and movies together.