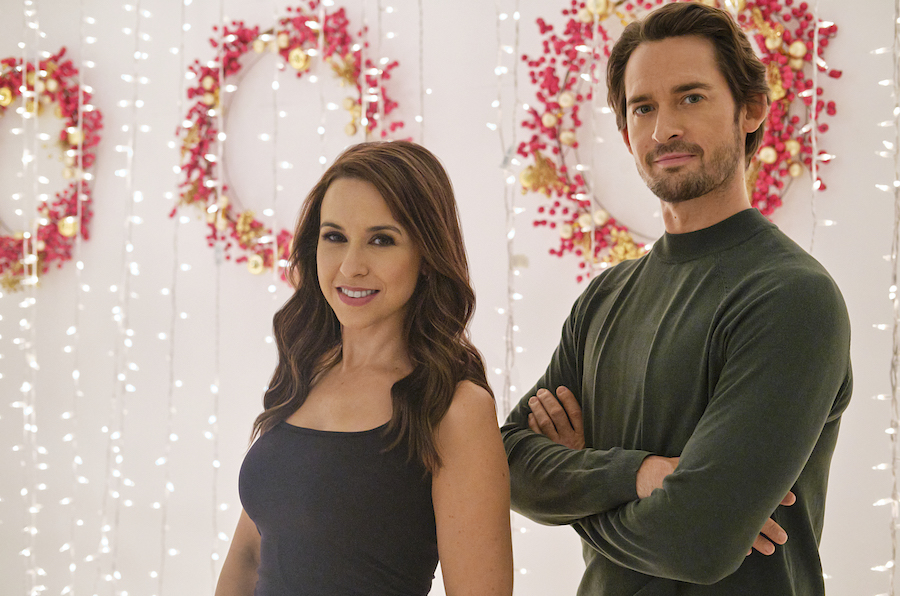 Fans of Hallmark’s Christmas Waltz who wish they had recorded the top 2020 Countdown To Christmas movie can not breathe easier. The network is finally airing it again. This movie stars Lacey Chabert (Crossword Mysteries), Will Kemp (Love, Romance and Chocolate), and J.T. Church (Dancing With The Stars Juniors).

When is it coming out and why is Will Kemp asking if Lacey Chabert still knows how to waltz?

Christmas Waltz Is Airing On Hallmark

Feel bad that you failed to DVR Hallmark’s Christmas Waltz? Or did you miss this Michael Damian (Young and the Restless)-directed movie? Well, it is coming back! Hallmark is airing Christmas Waltz on Friday, May 14 at 8 p.m. Eastern, on the Hallmark Channel.

Christmas Waltz is the story of Avery (Chabert) who is preparing for her dream Christmas wedding. That includes learning to dance the Waltz at Roman’s (Will Kemp) studied. However, her fiancé has other ideas. He takes a job in Boston and tells her to “put a pin in it” when asked about their forthcoming nuptials.

Although Avery tries to cancel the lessons, Roman tries to convince her to learn to dance for herself. Despite some false starts, Avery eventually starts dancing. Suddenly, her world has changed. She is more confident and is trying new things. Through the art of dancing, Avery has found a part of herself that she hid from the world. She is now empowered and has found strength and happiness. Moreover, she has found something special in her relationship with Roman.

This is a sultry movie with many beautiful dance scenes, including one that is reminiscent of Singing In The Rain. It may be Hallmark’s finest moment ever.

Every nuance is perfect. The detail to this movie is incredible. It absolutely takes your breath away. Be sure to watch this elegant display of grace and romance May 14 @hallmarkchannel @IamWillKemp @IamLaceyChabert @michaeldamian1 @JMGenereux pic.twitter.com/wGpJl6P2xX

Can Lacey Still Dance The Waltz?

Back in late March, Tyler Hynes shared an Instagram photo of himself in a dancing pose with his upcoming Hallmark movie Sweet Carolina co-star, Christmas Waltz’s own Lacey Chabert. In the comments, Will Kemp wrote, “Let me know if she still remembers the Waltz….”

The comments erupted. “How could she forget? Mesmerizing.” Another fan wrote, “How could she not you were her teacher.” “The Christmas Waltz was BEAUTIFUL! Watched that dance… the last 6 minutes…over and over again!!!! Thanks for sharing that! You and Lacey were perfect in that movie…also the dancing down the street segment was pure joy!!! ❤️❤️❤️🎶🎶🎶🤗👸”

Next, the inevitable sequel requests. “@iamwillkemp We ALL remember watching the waltz! If @thereallacey doesn’t remember it, she will pick it up quickly! We really would love a sequel. Thank you for all you do! We love you for it!” In addition, another fan made it clear that they remember the Waltz. “We do!!!!!! We want a sequel!”

Hallmark fans are still waiting to hear if there will be a Christmas Waltz 2. So far, there is no word. However, now that Hallmark is airing it again, perhaps a large audience will make them start to think about a future movie?

Unless there is something we don’t know? Why did Will ask if Lacey still knew how to Waltz? Hopefully, there will be some sequel news soon!

Be sure to catch Hallmark’s Christmas Waltz on Friday, May 14, at 8 p.m. Eastern, on the Hallmark Channel.