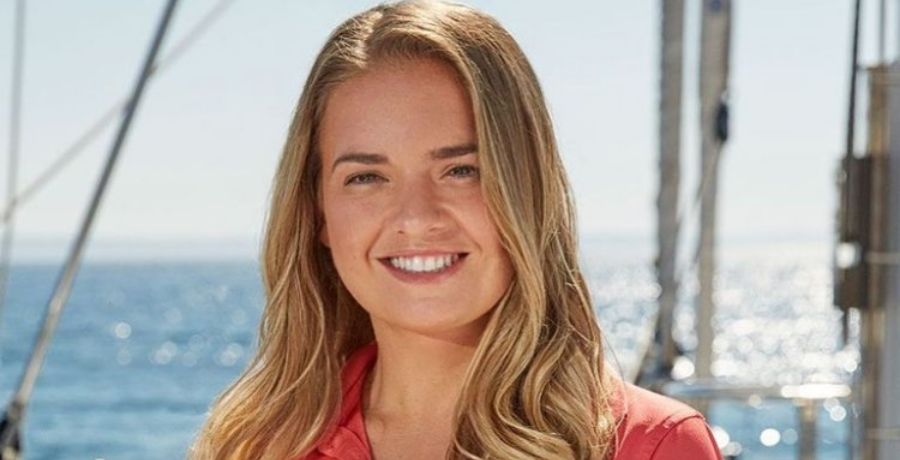 Daisy Kelliher made her debut in Season 2 of Below Deck Sailing Yacht. She’s the new chief stew who replaced Jenna MacGillivray. The entire crew was recast in an effort to keep fans watching. The yachtie made a shocking admission on Instagram. In an emotional letter, she revealed how she has “overwhelming” anxiety and how it affected her relationships.

On the show, she appears cool and calm. Like most people, she dealt with anxiety due to the ongoing coronavirus pandemic. Nowadays, she feels better and more like herself thanks to the support she’s received over the past few months. It’s an important lesson on why everyone should check in with their friends.

Daisy faced a setback from the COVID-19 pandemic

On Thursday, April 15, the Below Deck Sailing Yacht star shared a new post on Instagram. The photo showed Daisy Kelliher and her usual sunny disposition. She wore a black one-piece swimsuit that read “Champagne Campaign” along with black sunglasses. The new Bravo star playfully raised her arms in the air. In the caption, she revealed she temporarily lost her job due to the coronavirus pandemic. As a result, she moved back home with her parents.

“This time last year, I lost my job due to COVID and got stuck at my parents I’m not sure who struggled more,” Daisy wrote. “I was there for almost three months with no light in sight. I was lucky enough to do some temp work on a boat I love and with some encouragement from friends, I did a reality tv series! A busy summer which was amazing.”

Daisy’s setback led to a new opportunity. Suddenly, she found herself on the new season of Below Deck Sailing Yacht. She flew to Antigua for a new gig. At first, the job was a challenge due to the pandemic and her injured wrist. That’s when Daisy found herself dealing with anxiety.

‘Below Deck Sailing Yacht’ star talks about her anxiety

While she had a wonderful new opportunity, she still suffered from crippling anxiety. In her lengthy caption, the Below Deck Sailing Yacht star said she felt like she “had completely lost myself when my anxiety consumed me.” The reality star “couldn’t eat, sleep felt totally lost, and honestly, I just felt like a failure.” She pushed away some of the most important people in her life due to her “overwhelming anxiety.”

The last few months have made an impact on the Irish star. Daisy credited the sunshine and her support group to help her with her anxiety. It took her a year to get where she is now, but she’s grateful to feel like herself and start her new job. At the end of her post, Daisy thanked all of those who supported her.