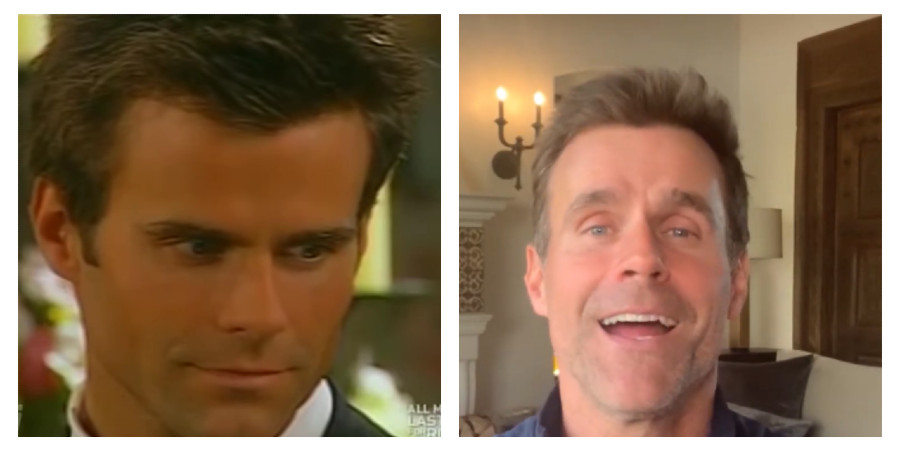 Ryan Lavery is just one option General Hospital has for when Cameron Mathison hits Port Charles.

Earlier this month, the soap alum’s Hallmark show Home & Family was canceled. News broke shortly afterward that Cameron Mathison was heading back to soaps with a role on the ABC sudser.

The network has remained mum about who Mathison will be playing, leading to wild speculation from fans. Could he reprise his All My Children character, Ryan Lavery?

Cameron Mathison was a long-running cast member of now-defunct soap All My Children. He played Ryan Lavery for almost fifteen years, from 1997 until its cancellation in 2011. He went on to star in several Hallmark movies, as well as host Home & Family for several years.

His AMC character Ryan Lavery was widely popular with viewers. Mathison had fiery chemistry with his leading ladies, including Esta TerBlanche (Gillian) and Rebecca Budig (Greenlee.)

Drew Cain has been presumed dead for almost two years. The character was killed off when soap vet Billy Miller chose to leave the show. Originally a Jason recast, the soap created the new role of Drew for Miller when Steve Burton expressed interest in returning.

Billy Miller is currently starring in the Apple+ show Truth Be Told. It seems unlikely that he will return to soaps anytime soon. But rumors persist that General Hospital plans to bring Drew back.

When the soap killed off Franco Baldwin last month, there was speculation that Roger Howarth would return as Drew.

Now fans are suggesting that Cameron Mathison could be the new Drew.

What Does This Mean for All My Children Reboot?

One reason fans were surprised by news that Cameron Mathison joined General Hospital was the AMC reboot. All My Children alums Kelly Ripa and her husband, Mark Consuelos are helming the project.

The real-life couple announced the reboot news shortly before Christmas in 2020. However, additional details have yet to come out, including who will return to Pine Valley.

If Cameron Mathison brings Ryan Lavery to General Hospital, it’s unlikely he will take part in the AMC reboot.

Who should Cameron Mathison play on General Hospital? Ryan Lavery, Drew, or a completely new character?

Let us know your thoughts in the comments below.