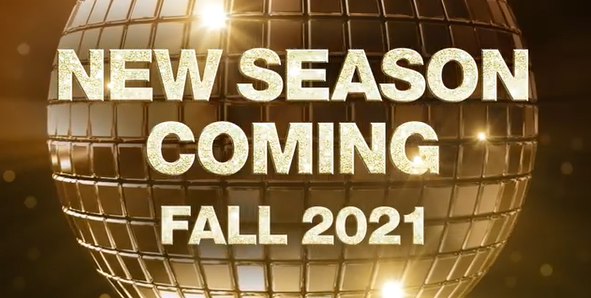 America’s favorite dance show returns for another season this fall. Dancing With The Stars Season 30 will air on ABC, likely in September. There are still many unanswered questions for now. We don’t know the cast list or which pro dancers will return. However, we can be certain a few familiar faces will grace our TV screens this fall.

Tyra Banks returns for another season of Dancing With The Stars

Many Dancing With The Stars fans felt disappointed that the show parted ways with long-time hosts Tom Bergeron and Erin Andrews last summer. The two handled the decision gracefully, but it still bothered fans. The network replaced the pair with Tyra Banks, who also now serves as an executive producer on the show. The move brought many mixed reactions among fans. Some fans love her, others don’t. But either way, she has a lot of respect for the atmosphere Tom and Erin created during their time on the show.

“I think the challenge is stepping into shoes. I mean, you know, Tom Bergeron and Erin. They lead the show, this is one of the top-rated shows in the world,” Tyra told Us Weekly before the Season 29 premiere last fall. “So [I’m] respecting the stage that they have set and then adding my icing to that. I feel confident about that, but of course, it’s a challenge, but I don’t back away from challenges.”

Regardless of how you personally feel, Tyra Banks plans to return to the Dancing With The Stars stage once again in Season 30, Us Weekly confirms. But which judges will join her?

Which judges can we expect to see this fall?

Len Goodman didn’t appear in Season 29 due to the pandemic. There were far too many travel restrictions for Len to go back and forth between Los Angeles and the U.K. all season long. Additionally, Len’s advanced age and health conditions made him at risk for developing COVID-19 complications. However, Us Weekly confirms you can expect to see him in DWTS Season 30, although details about his role are still unknown.

Carrie Ann Inaba and Bruno Tonioli are also expected to return to the judges’ table. Bruno had to choose between Strictly Comes Dancing and Dancing With The Stars for the second year in a row due to the pandemic. It’s just not realistic for him to travel and do both shows at once this year. He chose DWTS again this year, reportedly due to salary reasons.

Derek Hough was once a pro on the show. In fact, he won the Mirrorball Trophy a whopping six times. He replaced Len Goodman at the judges’ table for DWTS Season 30 and quickly became a fan favorite. Us Weekly reports he will return again this year, in a likely similar role. Now that the networks canceled World Of Dance, he will need a new project to work on.

We’ll let you know more about the returning pros and official cast list as soon as we know more. Who do you hope will return for Season 30? Which celebrities do you want to see compete? Let us know in the comments. We love hearing from you!