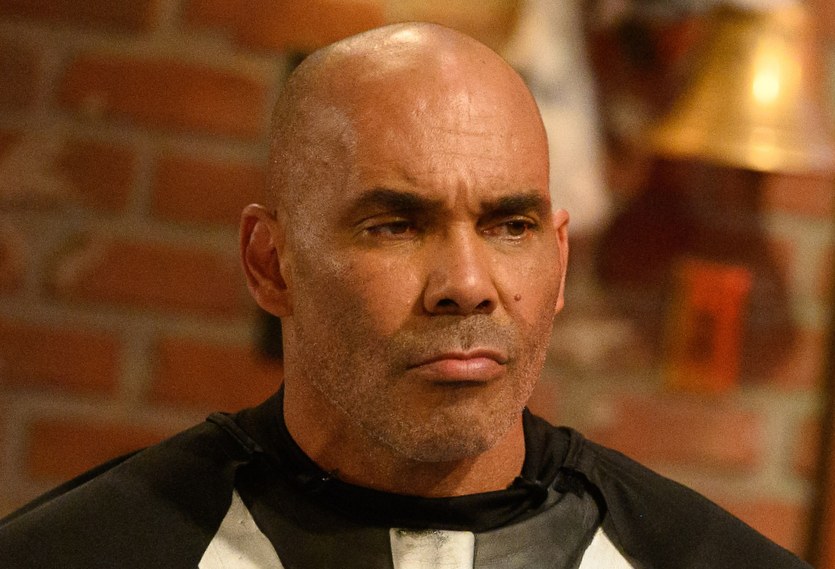 General Hospital spoilers for Tuesday’s episode detail that Taggert will have one primary goal in mind now that he’s been released from jail: to take down Cyrus. He will begin once again to develop a plan that can finally achieve his goal, and viewers will see some of this during the March 30 episode.

During Monday’s episode of General Hospital, Trina pleaded with her dad to change his plea in court. He hesitated and then did what he knew his daughter wanted. Taggert changed his plea to not guilty and then Jordan stepped up and offered that he could stay with her to ensure he stayed out of trouble.

The General Hospital sneak peek shared via Twitter reveals that Jordan and Taggert will take some time to discuss what to do next. Quite understandably, he’s got one thing on his agenda. Above everything else, he feels compelled to deal with Cyrus once and for all. Granted, Cyrus has plenty of people after him, and unfortunately, he always seems to stay one step ahead.

The judge detailed fairly restrictive guidelines for Taggert’s release. Despite that, Taggert’s got far more freedom now to pursue his agenda than he’s had for more than a year. After his faked death, he was away from Port Charles for months. He had to stay hidden upon his return, and then he was held at the PCPD for months.

"Peter's day is coming… sooner than he thinks." #GH pic.twitter.com/TbSGv7NFdC

Just what kind of plan will Jordan and Taggert come up with in regard to Cyrus? Unfortunately, General Hospital spoilers from SheKnows Soaps don’t reveal anything else specific on this front. Most viewers would bet, however, that something big will take place during the upcoming May sweeps period.

One thing General Hospital fans can definitely expect is drama related to Jordan, Taggert, Portia, and Curtis. Curtis initiated a separation from Jordan due to her involvement in faking Taggert’s death. Not only will Taggert and Jordan be living together now, but Curtis and Portia are growing closer by the day.

According to Soap Central, Portia and Taggert will talk next week. She was furious when she learned he’d faked his death. Despite that, she’ll clearly always have a soft spot for him. He’s also Trina’s father, or so Portia has said. Granted, General Hospital fans still have a hunch that Trina’s father is really Curtis.

Carly And Anna Will Make Plans

Anna and Carly will also pop up during Tuesday’s show. General Hospital spoilers suggest that the two will form a partnership of sorts in their respective quests to make Peter pay for all the chaos and heartbreak he’s caused.

Peter and Cyrus have formed an alliance to a degree too, and at this point, it’s essentially the two of them against the rest of Port Charles. A fierce battle is on the horizon and General Hospital spoilers promise juicy developments.