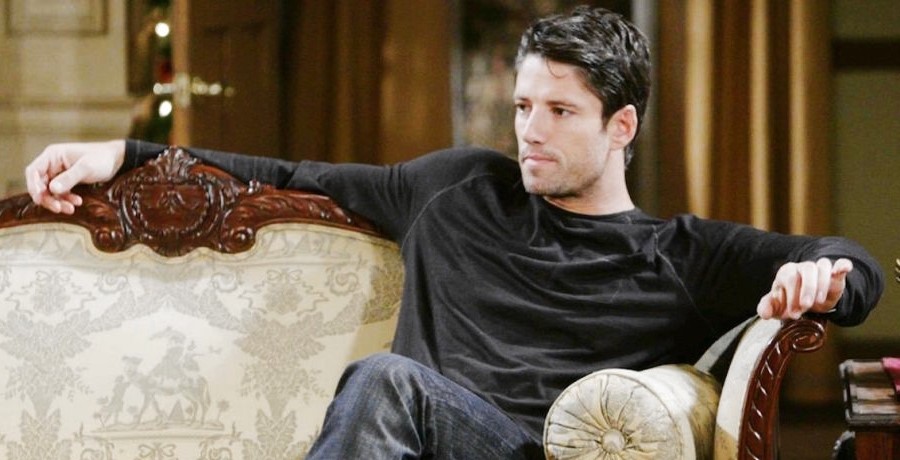 Days of Our Lives fans are excited to have one of their long-term wishes granted. Late yesterday, Thaao Penghlis, who plays Tony DiMera, leaked huge DOOL casting news. While part of a podcast interview, the veteran cast member let the cat out of the bag. The role of EJ DiMera has been recast.

The role was played by James Scott most recently until his departure in 2014. Here’s what we know about who’s rumored to be the recast and when we’ll see his face on the NBC soap.

Days of Our Lives comings and goings say two more DiMera men are making their way back to Salem. Thaao Penglis, who plays Tony DiMera, announced his return to filming while being interviewed on the podcast  Mission: Impodible, which was taped in February and just released this week.

Days of Our Lives star Thaao Penghlis told the interviewer, “Well, I go back to Days on the eighth,” Penghlis said. “That’s going to be interesting because I know they’re bringing a recast of EJ, so I have a feeling that I’m going to be doing work with the brother of old.”

So, Thaao let the huge cat out of the bag. The fan-favorite role of EJ DiMera has, in fact, recast and already filming. Since the cast is now filming episodes that air this summer, we’ll likely meet the new EJ either before or just after the summer Olympics hiatus.

With Sami back in Salem, it seemed like only a matter of time before EJ, too, would return to #Days. Rumor has it, the character will soon resurface! https://t.co/6VEjCzybxR

DOOL Spoilers: Rumors Speculate On Who Is Stepping Into James Scott’s Shoes As The Recast EJ Dimera

Thaao Penghlis didn’t announce the actor’s name tapped to take over the role of EJ DiMera on Days of Our Lives. However, we know the role’s filled, and the actor’s onset. Just knowing the role is back on the canvas has DOOL fans overjoyed. James Scott has made it known he never intends to reprise his role. Additionally, he also says his Hollywood acting days are behind him. Finally, the powers that be at Corday Productions and NBC had no choice but to recast the role. Now, EJ’s story can continue to unfold on screen.

Days of Our Lives fans have long speculated Daniel Goddard as the recast for Sami Brady’s (Alison Sweeney) husband. Of course, the actor denied the rumors. However, the actor’s recent social media activity has DOOL fans convinced he’s the next EJ DiMera.

Soap fans know Daniel Goodard from his role as Cane Ashby on the CBS soap The Young and the Restless, which he portrayed from 2007-2019. Only time will tell if this speculation proves true. Certainly, in time more news about this major casting news will be revealed.