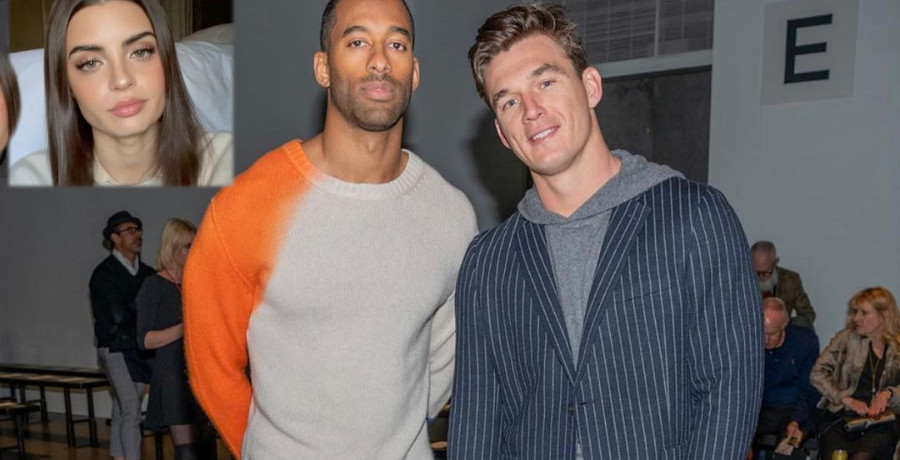 Meeting the best friend of your significant other is a relationship rite of passage. It can make or break a relationship. Matt James and Tyler Cameron have been best friends since college. Did Tyler give Matt’s relationship with Rachael Kirkconnell his seal of approval?

Tyler Cameron Got Pranked By Matt During Season 25

As Matt James’ best friend, it was only fitting for Tyler Cameron to show up on Season 25 of The Bachelor. Matt and Tyler love to prank each other. But this time Tyler was on the receiving end.

Matt took Katie Thurston on a spa one-on-one date. But there was a twist. They weren’t the ones enjoying the services of the spa. Rather, the massage was for Tyler Cameron.

The masseuse had a hidden earpiece to receive instructions from Matt and Katie. The two hilariously made the massage as unpleasant as possible. Watch a clip of the prank:

Did Tyler Cameron Ever Get to Meet Rachael Kirkconnnell?

At the end of the terrible massage, Matt and Katie snuck iin the room for one last prank. After dousing his hands with massage oil, Matt took over for the masseuse rubbing Tyler’s back.

Tyler immediately realized something was off and they all had a good laugh. Matt even introduced Tyler to Katie. Did Tyler ever get to meet Matt’s final rose winner, Rachael Kirkconnell?

During a recent chat with Us Weekly, Tyler reveals that no, he never got to meet Rachael. The relationship between Matt and Rachael was over before he got the chance. He did say that Matt and Rachael “seemed happy” together on the show.

But that happiness didn’t last. Between the filming the finale and filming the After the Final Rose, the two had split up. During the ATFR, Matt James revealed that he couldn’t get past the racially insensitive photos from Rachael Kirkconnell’s past.

Tyler Cameron does think Matt James still believes in love. Does that mean Matt might show up on Bachelor in Paradise?

Not likely. According to Tyler, his friend needs to “figure himself out and get his mind right” before dating again.

ABC had yet to officially announce plans for Bachelor in Paradise. However, Katie Thurston is officially the next Bachelorette. So is Michelle Young, another contestant from Season 25. Katie’s season will air this spring and Michelle’s season will debut this fall. Hopefully BiP will air in between the two Bachelorette seasons.

Would you like to see Matt James on Bachelor in Paradise? Don’t expect to see Tyler Cameron in Paradise, though. Despite recent rumors that Katie and Tyler are dating, he’s been dating someone else exclusively for months.