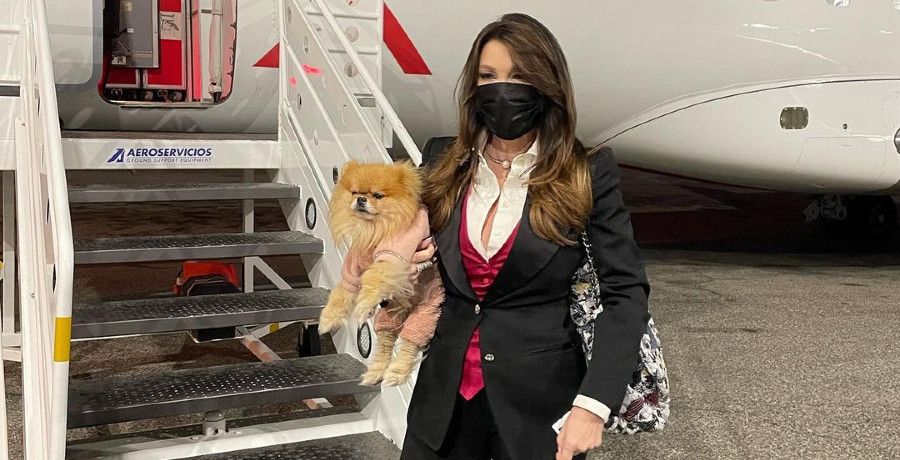 It’s been almost a year since Peacock streaming announced a new show involving Lisa Vanderpump. Vanderpump Dogs takes its name from an L.A.-based dog rescue of the same name. Founded in 2016. She recently revealed on Twitter that the organization has saved 2200 dogs now.

The new show is both about telling the dogs’ rescue stories, as well as the drama between the rescue’s staff. However, neither Peacock or Lisa Vanderpump have said much about the new series in a while. Until now.

Vanderpump Dogs was inspired by her beloved dog, Giggy. Sadly, the adorable Pomeranian passed away in late 2020. But his legacy continues with the organization that focuses on finding homes for as many dogs as possible.

When Peacock announced Vanderpump Dogs, they didn’t reveal an air date. In fact, not much is known about the show, leaving fans to wonder if it was scrapped. But fear not! We randomly replied to a Lisa Vanderpump Twitter post asking about the show.

Surprisingly, the former RHOBH star graced us with a response! It’s not much, but it’s something. According to Lisa Vanderpump, Vanderpump Dogs is “coming soon.”

However, fans won’t have to wait much longer to see Lisa Vanderpump back on TV. She has not one, but TWO, new shows premiering this month. And no, one of them isn’t Vanderpump Rules.

Ok a big week coming,it’s been a long year, but filming three shows has definitely kept me busy, I am fully vaccinated many of our staff are in process, numbers are way down,Overserved airs on E Mar 18 th it’s so much fun lol,Pump opens 17th.
And our rescue has now saved 2200 dog

Pooch Perfect is a new show coming to ABC later this month. Based on an UK show of the same name, Lisa Vanderpump will serve as a judge. What is she judging? Dog grooming skills.

The newest reality tv competition allows dog groomers to put their talents on display. Celebrity dog groomer Jorge Bendersky and vet Dr. Callie Harris will round out the judges’ table, per Screen Rant. Actress Rebel Wilson (Pitch Perfect) will serve as host, as she does on the Australian version, as well.

Lisa Vanderpump Returns to TV This Week With Overserved