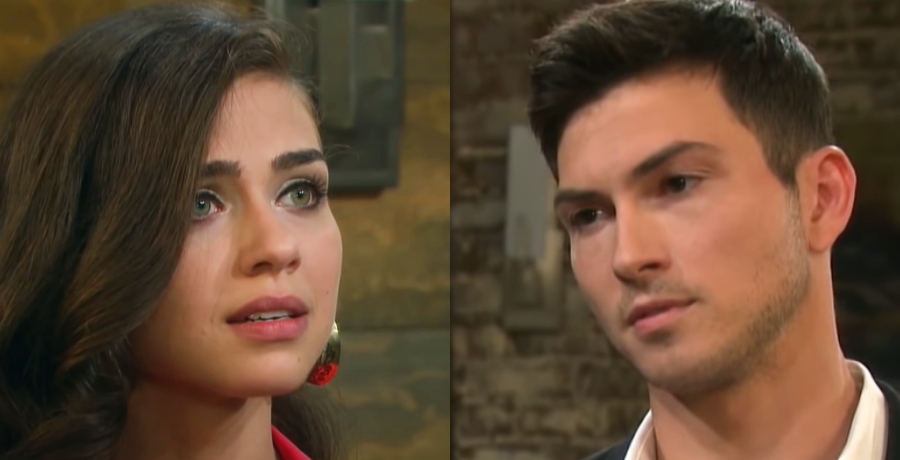 Days of Our Lives spoilers confirm Ben Weston (Robert Scott Wilson) rescues Ciara Brady (Victoria Konafel). He’s tracked her down to where she’s been held captive all these months just as the place is blown to smithereens.

However, the reunion is not at all as Ben envision. The explosion caused Ciara to lose her memory. This week Ben ad Ciara reunite, but his wife wants nothing to do with him on the NBC soap.

Days of Our Lives spoilers know the long-awaited “CIN” reunion is coming soon. It’s been a long slow build-up, but these two seemingly fought their way back to each other. Thankfully Ben made it to Ciara in time. A few seconds later and Ciara would have for certain perished in that explosion.

Days of Our Lives spoilers show Ben Weston cradling his unconscious wife shortly after he rescued her. No doubt a flood of emotions for him. Recall he never wavered in his belief she was alive and they’d be reunited. However, Ben’s dreams will fall short of reality, according to new DOOL spoilers.

Days of Our Lives spoilers tease Ciara Brady’s amnesia will bring her back to before she and Ben Weston fell in love. New spoilers say Ciara will think it was three years ago, and she is in the hospital after a motorcycle crash. That was before she got to know the Ben Weston she fell in love with and married. Recall at that time, Ben was just released from Bayview and was still known as the necktie killer. Certainly, Salem’s top cop’s daughter wouldn’t give a “reformed” serial killer the time of day—especially romantically.

Days of Our Lives spoilers say Ciaras’ mind will erase all traces of the life and love she and Ben shared. All she remembers is Ben is a dangerous man who killed several people and attempted to kill her own cousin Will Horton (Chandler Massey). Ben will need to work hard to get Ciara to remember their love. For now, Ciara still thinks she’s Tripp Dalton’s (Lucas Adams) girlfriend, and her niece/bestie/roommate Claire Brady (Isabel Durant) is moving in on her man.

Days of Our Lives spoilers hint Claire Brady will become Ciara’s whipping board. After all, it is because of Claire’s actions that Ciara believes she is in the hospital. In a way, that is the least of Claire’s problems with her aunt/bestie. After all, once Ciara gets her memory back, she will undoubtedly remember how Claire tried to torch her a few years ago.

For now, Ciara Brady is alive, but her return is devastating and heartbreaking for her devoted husband. Days of our Lives spoilers suggest Ben Weston will lean heavily on his therapist Dr. Marena Evans (Deidre Hall) and Claire Brady, to help him reach the woman he so deeply loves on the NBC soap.