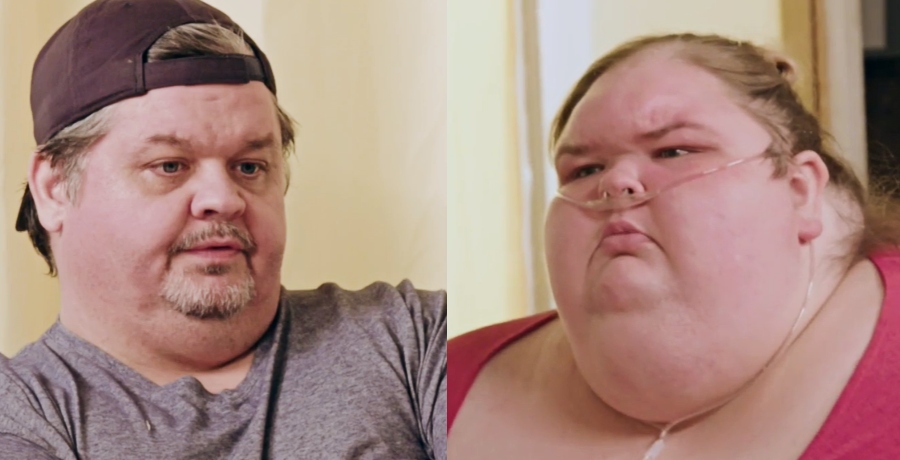 While they didn’t want to call it an intervention, Chris Combs and Amy Halterman essentially planned an intervention meal for Tammy Slaton. This heated family meal took place during the Season 2 Finale. And, it has become clear everyone’s patience for Tammy has grown thin. What was said during this non-intervention intervention? Will it change things for Tammy? Keep reading for the scoop and spoilers.

Chris Combs admits his wife and Amy’s husband are not on a diet. But, eating a healthy meal with Chris, Amy, and Tammy certainly isn’t going to hurt them. Amy even jests that Michael might need to lose a few pounds as he recently had to buy a bigger sized pair of pants for work. There was a huge spread of food across the table as they settled in to talk.

As we previously reported, a lot of the conversation was about Jerry. Amy and Chris were trying to understand how Tammy was getting junk food into her house. Cursing to the cameras outside… Chris admits the “b*tch” has to be getting the food from Jerry. Because she can’t leave the house to get the food on her own.

Amy agrees Jerry has to be enabling Tammy because she has also stopped bringing Tammy food for the most part. She does, however, bring her healthy groceries from time to time.

Now, Chris and Amy recognize they are running out of “fat family members” to become Tammy’s next diet buddy. Eventually, the whole family will qualify for the surgery, and Tammy will be left all by herself. Moreover, they understand that Tammy has an addiction to food. And, making healthy eating choices won’t matter if her portions are still out of control.

Tammy feels attacked during the meal. Chris leaves the house at one point in time. And, when he returns. Tammy seems to hide in her phone while he talks. Is she trying to contain her feelings? Tammy does admit she will leave if the whole point of the dinner was to attack her and her boyfriend. 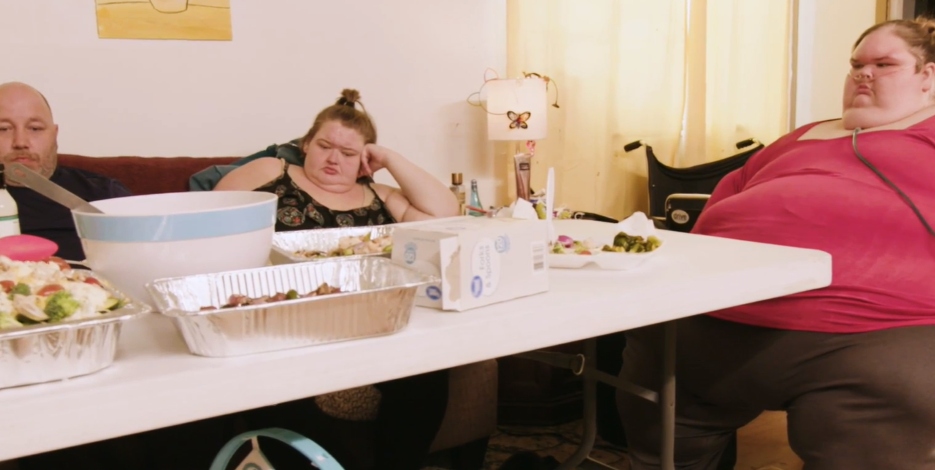 By the end of the Season 2 Finale, however, it seems the family meal may have gotten through her. Tammy and Jerry end up breaking things off. And, Tammy decides she needs to move to an assisted living facility to get the help she needs.