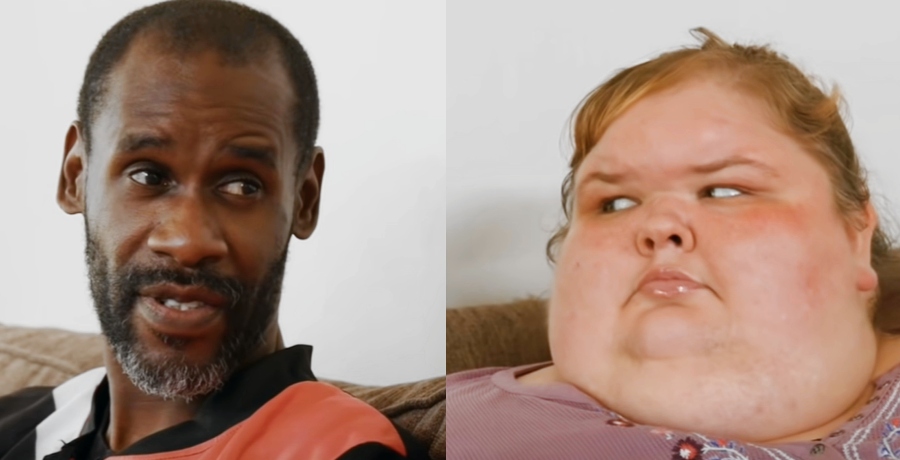 1000-lb. Sisters Season 2 comes to a close tomorrow night. Over the last several episodes, viewers had mixed feelings about Tammy and her boyfriend, Jerry Sykes. Many fans felt that he enabled her bad habits. But now fans want to know if she and Jerry are still together. Is she seeing anyone at the moment, or is Tammy Slaton a single woman?

Tammy Slaton is back on the market

Reports indicate that Tammy and Jerry are no longer a couple. Most of Tammy’s fans, friends, and family members are probably pretty pleased about that. The TLC star confirmed her relationship status on TikTok when she revealed in the comments section that she’s currently single.

Tammy and Jerry met online in a social media group for plus-sized women. He came to visit Tammy this season. While the two seemed to enjoy each other’s company, Tammy’s family wasn’t sold. Her siblings expressed concern that they met online and that he’s only interested in her because of her size.

During the course of Season 2, Jerry told producers he realized caring for Tammy came with a lot of responsibility. Jerry wasn’t sure if he wanted to be her full-time caregiver.

Some fans grew concerned Jerry ended the relationship over Tammy’s sexuality. She came out as pansexual during the course of the season. He seemed to have mixed feelings about Tammy’s announcement. However, that didn’t seem to be the cause of the breakup either.

So what caused the split in the first place?

Well, Jerry Sykes actually has a wife. Fans had a massive problem with this new detail. And ultimately, it seems to be what caused the end of his relationship with Tammy Slaton.

Jerry Sykes allegedly told TMZ that he harbored a lot of guilt over stepping out on his wife, Kia Russell-Rucker Sykes, and wanted to make things right.

Some fans find the whole situation a little confusing. What they may not realize is that TLC shoots episodes of 1000-Lb. Sisters three or four months in advance. Jerry and Tammy may have seemed happy this season, but TLC filmed these episodes around October or November. Tammy and Jerry reportedly split up sometime in the first few weeks of February as the network aired Season 2 episodes.

Kia reportedly told TMZ that she found out about Jerry’s relationship with Tammy Slaton sometime during Season 1. She harbors a lot of negative feelings towards Tammy, but Kia and Jerry seem to be on decent terms. He allegedly helps her with finances and they’re speaking.

However, Jerry and Tammy seem to be over for good. A serious relationship with Tammy Slaton requires a lot of time and responsibility, and it doesn’t seem like Jerry is up for that task. He seems to be more focused on Kia’s well-being these days.

How do you feel about the whole situation? Do you think Jerry Sykes and Tammy Slaton are better apart, or did you enjoy their romance? Let us know what you think in the comments.