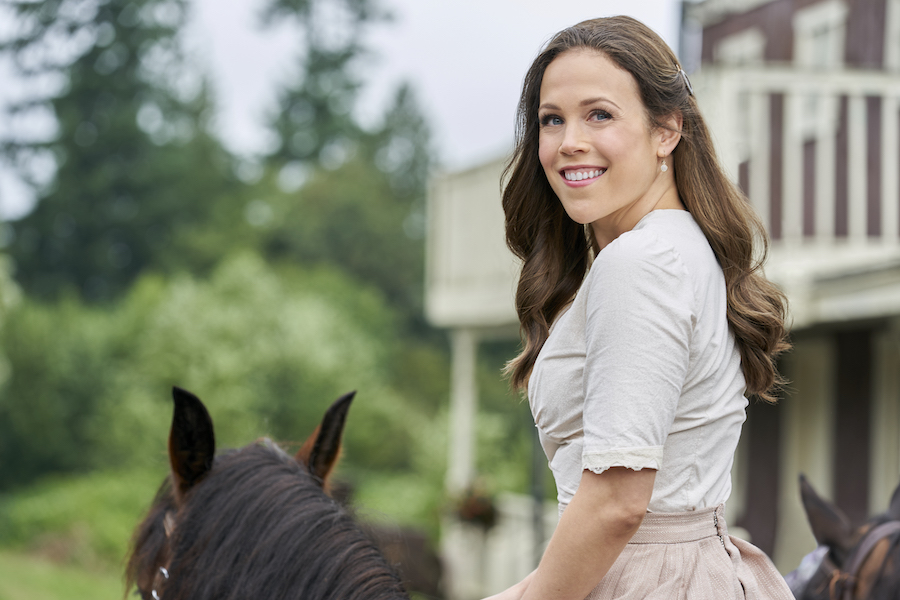 Hearties, did you notice the significance of Elizabeth’s horse ride in When Calls The Heart Season 8, Episode 2? The show’s co-creator and executive producer, Brian Bird wants Hallmark fans to notice. This is a clue to the widowed school teacher moving forward.

What is the significance of Elizabeth’s horse ride to her dead husband, Jack Thornton?

In When Calls The Heart Episode 2, entitled “Honestly, Elizabeth,” Elizabeth took the horse Newton for that important ride. That scene had a much deeper meaning.

Executive producer Brian Bird went to Twitter to share why Elizabeth’s horse ride was so significant. “That horse ride took her right back to where she was in the moments after Jack’s death. This is hard TV, but good TV. #Hearties @hallmarkchannel @SCHeartHome.”

What Brian Bird is referring to is a reference to Season 5. Right after Elizabeth learned about Jack’s death, she took his horse for a ride. This helped her reflect on their memories together, as she dealt with her unbelievable grief.

But, that is not all Brian Bird had to say about this scene and the one right after. We are talking about Nathan’s love confession, and Elizabeth’s surprise response.

Is Elizabeth over Jack? Bird hints, no. She is not over Jack. Elizabeth is still broken-hearted. She still misses Jack.

When Calls The Heart EP Shares Insights Into Episode

Next, fans saw the shocked look on Elizabeth’s face. Nathan made an ernest statement of love. Elizabeth, like fans, were shocked. One fan tweeted to Brian Bird, “Nathan just confessed his love out loud to Elizabeth and she looked like her heart was about to burst #Hearties know she will always love Jack Thornton but she is not ready to answer yet!”

Brian Bird’s response on Twitter was more of a warning to #TeamNathan. “But her heart was bursting in not a good way. #Hearties @hallmarkchannel @SCHeartHome.”

The WCTH co-creator and executive producer wanted to lower this Heartie’s expectations. He understands that Elizabeth is still grieving. Until she is over that grief, she will not find love.

Bird, ever the wise man finally Tweeted, “Okay, #Hearties… hang in there… life is a journey in Hope Valley and in your life. Thank you for watching and for supporting @WCTH_TV . We will see you for more gasps next week! #Hearties@hallmarkchannel @SCHeartHome.”

Fans Disappointed One Scene Was Not Included In When Calls The Heart Season 8, Episode 2

One scene fans definitely did not see was Nathan watching Elizabeth ride back into town. The look on his face drove #TeamNathan wild! Is that a look of love or what? Although Hallmark released this photo, this was a cut scene. Moreover, Hearties are not so happy about that edit.

On Twitter, one fans wrote, “So disappointed that this scene got cut from 8×02! I was dying to see Nathan’s reaction to Elizabeth riding back on Newton! He’s so impressed/amused Can you tell us more about this moment? Will it be included as a deleted scene? @erinkrakow @brbird@WCTH_TV #hearties”

So disappointed that this scene got cut from 8×02! I was dying to see Nathan’s reaction to Elizabeth riding back on Newton!😭He’s so impressed/amused😍Can you tell us more about this moment? Will it be included as a deleted scene? @erinkrakow @brbird @WCTH_TV #hearties pic.twitter.com/H9gCTGuYiy

What Is Next For When Calls The Heart Season 8, Episode 3?

Already a lot has happened in Hallmark’s When Calls The Heart Season 8, and the upcoming episode “From The Ashes,” promises more excitement! In the preview, fans see an explosion and huge fire. Looks like the Hope Valley oil rig exploded, and Hope Valley could be engulfed in flames.

Now, the townspeople need to put aside their differences and work together. There is imminent danger. In addition, in this episode, Nathan is summoned for an inquiry by a Mountie from his past. Also, Elizabeth gets some love advice from a friend. Is she ready to pick her suitor?

For some fun, the preview shows Jesse on Lee’s motorcycle.

When Calls The Heart Season 8, Episode 3, “From The Ashes” airs on Sunday, March 7, at 9 p.m. Eastern, on the Hallmark Channel.