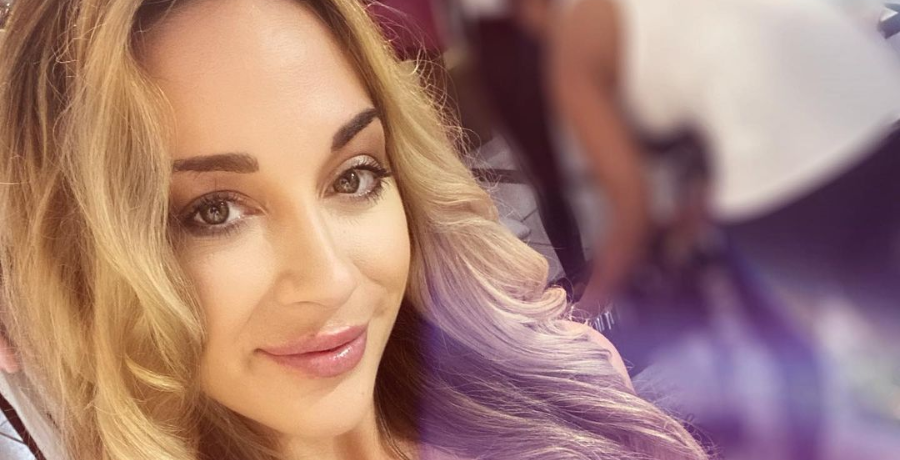 A Below Deck alum was supposed to replace Elizabeth Frankini. Viewers witnessed her dramatic firing on the season finale. She wasn’t ready to leave the boat. But chief stew Francesca Rubi and Captain Lee Rosbach had had enough. They gave her too many passes for her mistakes.

Elizabeth admitted she slept with deckhand James Hough in the guest cabin. That really ticked Francesca off and sent her to Captain Lee once again. Finally, Elizabeth had to leave after making many mistakes this season. On Monday night’s reunion, host Andy Cohen revealed that a former cast member was going to be a replacement.

Fomer Below Deck star was “ready to go”

The Below Deck Season 8 reunion on Watch What Happens Live with Andy Cohen took place on Monday night, February 22. Just before Elizabeth left this season, Captain Lee Rosbach admitted that he had someone ready to fill in as a replacement.

“I have somebody lined up, but I can’t 100 percent guarantee that they’re gonna get here because of travel restrictions with this health issue that we’re experiencing,” Lee said in the February 8 episode, according to Bravo’s The Daily Dish.

But viewers never got to find who was supposed to join the crew. The next day, Lee found out that the final two charters were canceled. He had to tell the crew that the rest of the charter season was over. For the first time in the show’s history, production was shut down. At the reunion, fans learn that Elizabeth’s replacement is a fan-favorite.

“Well, former Below Deck stew Josiah [Carter] was actually waiting in the wings, ready to replace Elizabeth after she was let go,” Andy Cohen revealed at the end of the reunion. “But the coronavirus derailed those plans. He was literally waiting at the airport, ready to go.”

Then, he asked Captain Lee if Josiah would “have stepped into the team well and seamlessly.” Lee was confident about Josiah’s skills. He called him “extremely capable” and said that he “knows what needs to be done.” While fans didn’t get to see Josiah return on Season 8, they can catch up with him on Below Deck Galley Talk.

Josiah Carter revealed he was about to board a plane

The Brit said he was ready to hop on a plane to Antigua to join the Season 8 crew. During the February 19 episode of Below Deck Galley Talk, Josiah recalled the moment when he received a message from Captain Lee that the charter season had ended early and they would no longer need him.

“I was in the airport, phone in hand, passport, ready to go on my flight,” Josiah explained. “Like, literally boarding in half an hour’s time. Captain Lee called me. He basically gave the speech that he just told [the My Seanna crew], and I was like, ‘All right, OK.'”

His friend and former Below Deck Med star Julia d’Albert Pusey asked, “We would have been watching you on here?”

Josiah sighed with a resounding, “Yep.”

This pretty much sums up our watching of below deck 🥂 can’t wait for tonight’s episode of #galleytalk @Julia_belowdeck @BravoTV #BelowDeck #bravotv pic.twitter.com/T9JjMfgSll

Fans have wanted Josiah to return to the show. Even Lee expressed an interest in having him return. At a Stars Marketing Group even in 2019, he added Josiah to his dream team. Fans are hoping that some of their favorites will return. But unfortunately, the industry has an age limit. Whoever becomes a yachtie, doesn’t stay a yachtie for long.