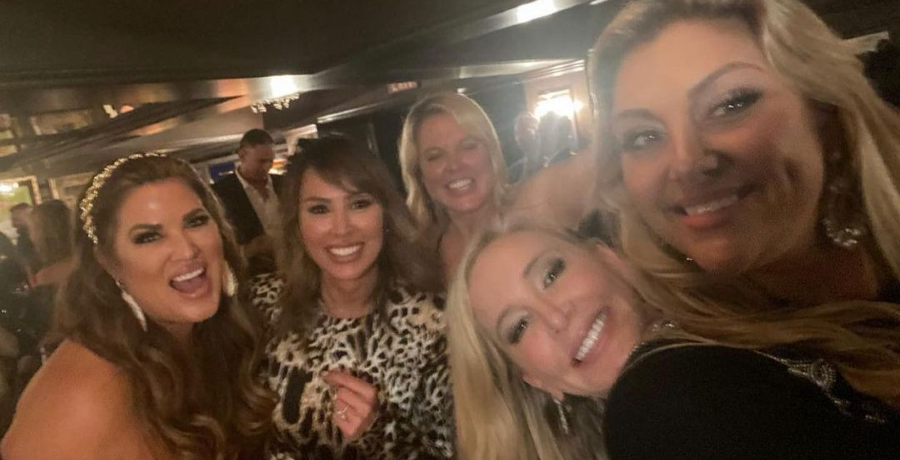 The RHOC cast shakeup rumors have been swirling for a while. Fans were disappointed with Season 15 of The Real Housewives of Orange County. Some complained that it was too boring. They didn’t want to see a reality show set in the coronavirus pandemic. Others thought Bravo should’ve fired Kelly long before the season began.

In early 2020, fans criticized her for her controversial comments on COVID-19. She continued to make such disparaging comments for much throughout the season. Viewers also feel that a cast shakeup needs to take place. Even some of them haven’t warmed up to newbie Elizabeth Lyn Vargas. Their outcries increased following the Season 15 reunion.

Now, they may get their wish.

Producers of the cable network are looking to revamp The Real Housewives of Orange County. They are reportedly looking to fire Braunwyn Windham-Burke, Elizabeth Lyn Vargas, Emily Simpson, and Kelly Dodd. Popular celebrity gossip Instagram account @Deuxmoi shared the rumor over the weekend. The social media account has had a great track record with anonymous tips.

They received a tip from a friend who works with Bravo. They fed them insider information about the RHOC Season 16 cast shakeup. The message read: “Same friend who also works at Bravo. RHOC shakeup is coming Kelly, Braunwy, Emily, and Elizabeth are out.”

According to the anonymous source, Tamra Judge will make her grand return. Bravo has reached out to Heather Dubrow and Alexis Bellino, but they turned them down. Producers are also interested in getting Gretchen Rossi back, but she won’t return if Tamra is back. If there is truth to this tip, then Gina Kirschenheiter and Shannon Beador are currently the remaining cast members returning for Season 16.

Bravo series had a tough season

Fans have been wanting a cast shakeup. So, this rumor might not come as a surprise to them. They feel that RHOC Season 15 was terrible since they accused Kelly of racism. Even host Andy Cohen shared his frustration with the cast. He even promised to revamp the long-running series after the reunion.

Writer Evan Ross Katz shared his thoughts with the current season. He tweeted: “It’s time to cancel RHOC.” The View co-host Meghan McCain chimed in and added: “yes.” Andy then responded: “I think you mean reBOOT.”

I think you mean reBOOT

Rumor is NOT true

On Sunday, February 21, Queens of Bravo shared a screenshot of the rumor on Instagram. They also included the caption: “Unconfirmed… but According to the latest Deuxmoi, Kelly, Braunwyn, Emily, and Elizabeth are OUT! Keep your [eyes emoji] open #RHOC.”

But there are moments when @Deuxmoi doesn’t verify the information it receives. Followers should take most of the rumors they post with a grain of salt. After Queens of Bravo shared the rumor, RHOC fans reached out to Dave Quinn. The People journalize and so-called “Housewives scholar” is close with the cast.

He debunked the rumors on Twitter by writing: “FYI, that Deux Moi RHOC tea isn’t true, so please stop sending it to me.”

Another fan asked Dave to confirm if there was some truth to the rumors. He then wrote: “All of it isn’t true. There been no decisions made yet.”

FYI, that Deux Moi #RHOC tea isn’t true so please stop sending it to me

All of it isn’t true. There been no decisions made yet.

Only time will tell if the firings are true. Fans will have to continue pleading with Bravo to get their least favorites fired. What are your thoughts? Do you think there is some truth to the rumors? Sound off below in the comments.