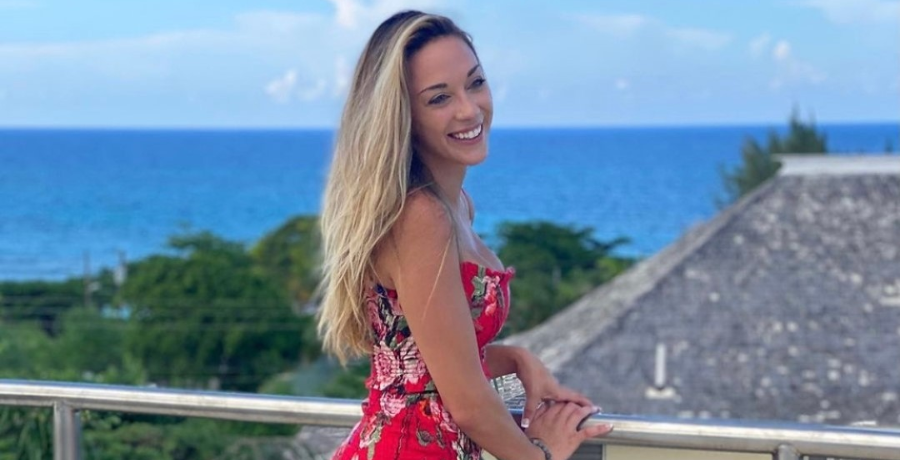 Elizabeth Frankini and James Hough had an interesting relationship on Below Deck. At first, James seemed like a bit of a flirt. It was hard to see where his wandering eye would end up. He was attracted to nearly every woman on the boat. But then Elizabeth fell for James, especially after their hookup.

Of course, their boatmance wasn’t smooth sailing. Elizabeth got attached, which strained things between them. And then they started spending too much time together. Chief stew Francesca Rubi would catch them canoodling during work. Sometimes they would sneak off to the hot tub or the guest cabin, which was a no-no.

How Elizabeth and James came to be

As Below Deck fans know, relationships are common. It’s expected for a couple of crew members to hookup every season. When you have a group of attractive twenty and thirty-somethings on a boat for several weeks, they’re bound to get restless. This season, Elizabeth and James couldn’t hide their attraction.

However, there rarely has been a relationship that lasts longer than the charter season. At first, Elizabeth and James were a cute couple. Then it took a dramatic turn when they got into trouble for flirting every time. Sometimes they would be caught spending too much time together during a charter dinner. Other times, they would sneak off to places they have no business being.

Their relationship was shallow. It was purely based on lust and attraction. Both of them needed a release and wanted to get their frustrations out. Elizabeth’s work relationship with Francesca started off strong but quickly soured. James thought yachting was going to be about partying more than working. So, they found comfort in each other.

What happened to the Below Deck couple?

On the season finale of Below Deck, Elizabeth had to pack her bags and go. Both Francesca and Captain Lee Rosbach were fed up with her. She made too many mistakes. And sleeping with James in the guest cabin was just the tip of the iceberg. James was relieved to see her leave the boat.

It doesn’t look like the couple reconnected after the season ended. Elizabeth and James didn’t rekindle their romance on land. During an interview with Andy Cohen on Watch What Happens Live, Elizabeth said she met someone new after the charter season. But she wouldn’t reveal details on the mystery man.

The two may not have gotten back together. It didn’t seem like love was in the cards for both of them. Elizabeth has since moved on and has regrets about their relationship. As for James, he’ll probably occupy himself with his Instagram girls that he bragged about.

Fans can find out more on the Below Deck Season 8 reunion on Monday, February 22 at 9 p.m. ET on Bravo.