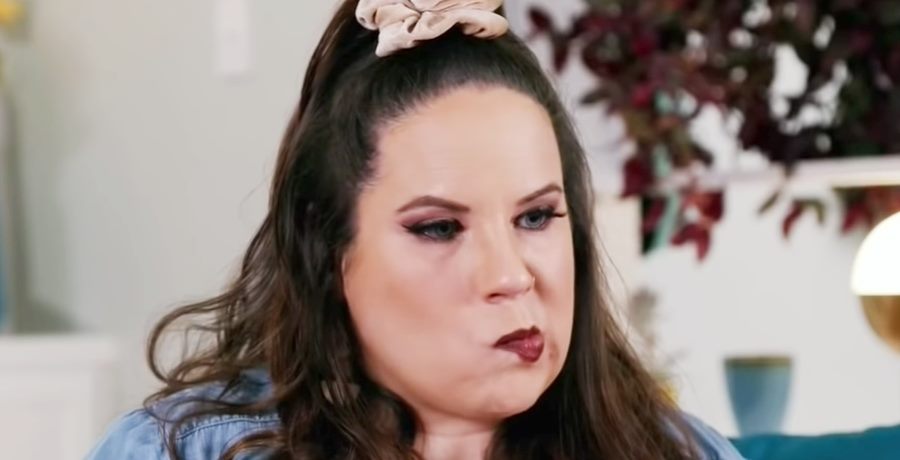 My Big Fat Fabulous Life star Whitney Thore has battled her weight for years. She attributes her tremendous weight gain to PCOS ( Polycystic Ovary Syndrome). Indeed that syndrome typically results in weight gain and also trouble losing weight. Whitney’s embraced her big girl status and built her “brand” around it.  However, just this season, we saw her contemplate undergoing the knife to get weight loss surgery.

This was on the heels of hearing her My Big Fat Fabulous Life fiance Chase Severino cheated on her and was expecting a baby with the other woman. Whitney suddenly found herself single and wondering if she stood a better chance of landing a man and becoming a mother if she had gastric bypass surgery. New clues emerge that indicate Whitney Thore might be having bariatric surgery soon. Here are the latest clues that point to Whitney’s soon-to-be surgery.

My Big fat Fabulous Life celeb Whitney Thore said on her hit TLC reality show that her life certainly would be easier if she were thinner. She sought answers during a consultation from a bariatric doctor. Then she floated her potential plans to family and friends. Of course, Whitney didn’t cite health reasons for wanting to lose weight. So, of course, her friends didn’t really get on board.

However, ahead of the taping of the My Big Fat Fabulous Life reunion special, reports surfaced that Whitney lost 70-lbs since she and Chase Severino ended their engagement. This was about a month into the quarantine lockdowns. So Whitney also likely gained several pounds before. Since bariatric patients typically have to lose 10-15 percent of their body weight before getting approval for the procedure, many fans and followers believe Whitney’s big weight loss was not from grieving her break up but rather preparing for her surgical weight loss procedure.

My Big fat Fabulous Life Season 8 is officially in the books. However, MBFFL fans are already asking about a Season 9. Recent social media activity from the show’s leading lady indicates another season is in the works. After all, this season we just finished watching wrapped filming last August.

Since then, Whitney Thore has moved back to her hometown of Greensboro, North Carolina, and BFF Buddy Bell has moved into his old attic bedroom. Next season will probably be about Whitney’s move from Charlotte. Her No BS Active business partnership is now with her trainer Jessica Powell. And if suspicion proves true, Whitney’s weight loss surgery journey.

Make sure to check Tv Shows Ace often for all the latest My Big Fat Fabulous Life news, updates, and spoilers.