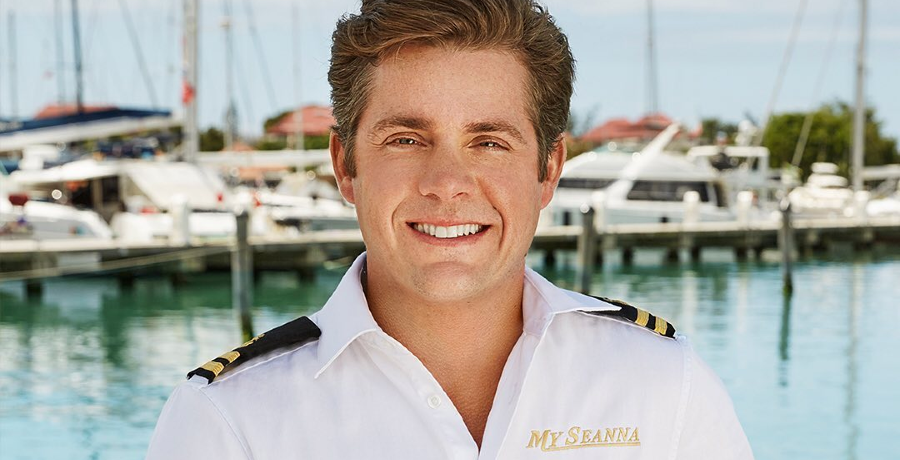 Could Eddie Lucas leave Below Deck behind? Or will he return for another season? On Monday night’s episode, the bosun got promoted. Captain Lee Rosbach surprised him with a new pair of stripes. Eddie is now a first officer.

The yachtie proved himself this season. Eddie has come a long way from the time he got entangled with Raquel “Rocky” Dakota. He knew that he had to earn the respect of Captain Lee once again. And thankfully, he was able to do it.

The two had an emotional conversation. The tough captain told Eddie that he could always count on him.

Will there be a first officer in Below Deck Season 9?

It’s possible that Eddie Lucas could return to Below Deck. So far, the former bosun has kept mum about his return. However, it wouldn’t be the first time that the show featured the first officer. But that doesn’t happen on every season of the franchise.

So far, the series has only shown two crew members in the first officer position. Aleks Taldykin from Season 1 of Below Deck and Paget Berry from Season 1 Below Deck Sailing Yacht also served as first officers. So, this opens the possibility for Eddie to take over for Captain Lee one day.

It could, and definitely on his resume. https://t.co/C0yKg9fsvY

During an emotional moment, Captain Lee gave Eddie three stripes in the season finale. He revealed in his confessional that Eddie is the kind of son he would have hoped for. This final scene was a tear-jerker that made viewers emotional for many reasons. It was also the first time that fans witness Lee walk off the yacht.

It makes sense for Eddie to return to Below Deck Season 9. But casting hasn’t been confirmed. Ever since chief stew Kate Chastain left, Eddie has become Lee’s confidante that he needs.

“Eddie was someone who was always sort of on our radar,” executive producer and showrunner Lauren Simms told Bravo TV. “He took some time off, and Captain Lee needed someone he could trust this season. And so, the timing was perfect. [Captain Lee] didn’t have the best luck with his deck crew the last couple seasons, and with Kate leaving, he needed someone he could trust on his vessel.”

Lee also spoke out about his new companion. He admitted that he missed having Kate by his side. So, he was glad to see Eddie return to the boat. He joked that he would have pulled his hair out if neither of them was around.

Lee revealed that Eddie earned his stripes. In a previous interview on the Below Deck After Show, he said he doesn’t hand out stripes to just anyone. He knew that Eddie had to work to earn those stripes. It did not involve bribery or kissing up. In fact, Eddie earned them the old-fashioned way.

Eddie had no idea what he was in for this season. He handled some of the greenest deckhands to ever appear on the show. And for the first time ever, Lee was not at the helm when Eddie arrived. Lee ended up in the emergency room after a fall in the show. While Eddie struggled at times, he “made it through” and “earned his stripes,” according to Lee.

The Below Deck Season 8 reunion airs next Monday, February 22 at 9 p.m. ET on Bravo.