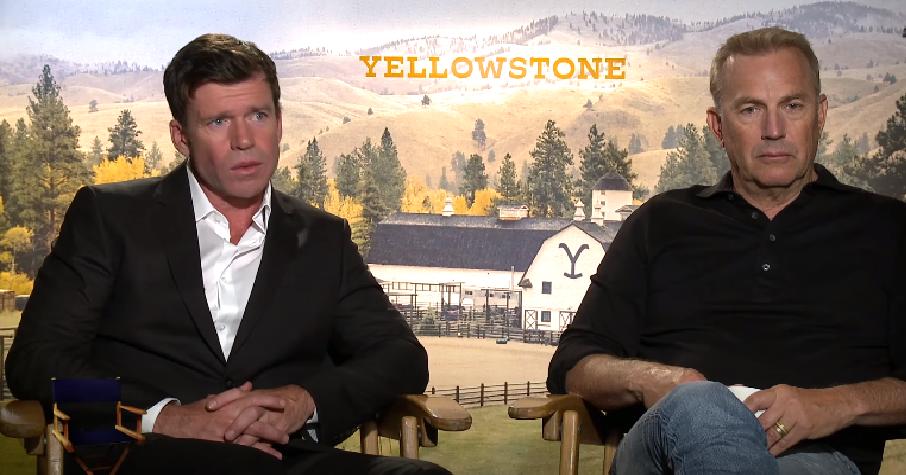 Yellowstone will soon welcome Season 4. The modern-day western, created by Taylor Sheridan, follows the Dutton family as they fight to preserve their cattle ranch. Each season has sparked a brand new fight to stop would-be thieves from taking their land. Fighting against developers as well as narcissistic hedge fund managers, the Dutton family is in a constant state of defense.

After three seasons of Yellowstone, fans are wondering how long it will last. How long will the Dutton family be under attack? How will it all end? Fans have gone to Reddit to discuss the possibilities.

Malcolm Beck should have never messed with the Duttons. #YellowstoneTV pic.twitter.com/isHcxkr2xg

The End Of Yellowstone

In a recent Reddit thread, one Yellowstone fan wants to know what direction the show is heading.

“Does anyone have any theories on the end game? It feels that the story line is a bit too open ended. Is it just a never ending battle to save the ranch? Does it fast forward in time to when Tate has the ranch and that’s the end?”

The fans on the thread discuss the possibility of Yellowstone becoming much like The Walking Dead. The Walking Dead has a very open-ended feel to it. The characters are in a constant battle for survival with no end in sight. Although it is possible Yellowstone could continue to see the Dutton family battling for their land for years to come, it is unlikely. Yellowstone was originally going to be one long movie before becoming a series. This means the story has already been written and the number of seasons has been set.

“I think it will avoid the TWD problem because I’m fairly sure Taylor Sheridan is going to pull the plug on this show in 6, maybe 7 seasons, and I’m not sure he could extend it further then that even if he wanted without major cast changes happening.

I do expect John to die by the end of the series, setting up whoever takes over, and just basically letting the battle play on into an uncertain future. Taylor has said the show is a tragedy, and I’m hoping he doesn’t let fan sentiment steer him too far away from that original description. IMO, this show shouldn’t have an upbeat, happy ending.”

There is no arguing that Yellowstone revolves around the story of John Dutton. Although there are many different character arcs in the series, John’s is the most important. John Dutton brings something extra to not only the series itself but to each and every scene he is in. Taylor Sheridan describes the impact John Dutton has by saying,

“Whenever John Dutton is present, I want the moment to feel special. I need him to be human, but not ordinary, and I don’t ever want it to become ordinary to see Kevin Costner on television. I want it to feel remarkable. Even though this is obviously a story of his world through his lens, I want you to know the whole world so that you can see the impact that his character has on all of them.

But you have to be shrewd, and very careful with that sports car. You don’t want to drive it all the time. Because then it’s just…a car, you know? If you ever get in a Ferrari and you forget you just got in a Ferrari, you might as well not have a Ferrari. I try to make the moments that I write for him feel worthy of an Oscar winner, and I don’t ever want to put him in an unimportant situation. John Dutton doesn’t move plot. He alters the plot, and so I try to be very reverent with the situations that I put that character in.”

It is unlikely that Taylor Sheridan will allow Yellowstone to simply drag on without any plan. However, it is likely that Kevin Costner is aware of where John Dutton’s story is heading. Costner is very particular in the stories he is a part of. He is a dedicated actor who takes his characters very seriously. It is unlikely that Costner would have signed on to play John Dutton if he was not aware of who the character was and where he is heading.

However, fans are eagerly awaiting the arrival of Season 4 of Yellowstone. After Season 3 left such a huge cliffhanger, fans have only been able to speculate what is to come. Whatever direction Sheridan has in store for Yellowstone, it is not over yet. We have only reached the halfway point of the story with much more to be told. Be on the lookout for Season 4 of Yellowstone this summer. Be sure to check back with TV Shows Ace for more news and updates.