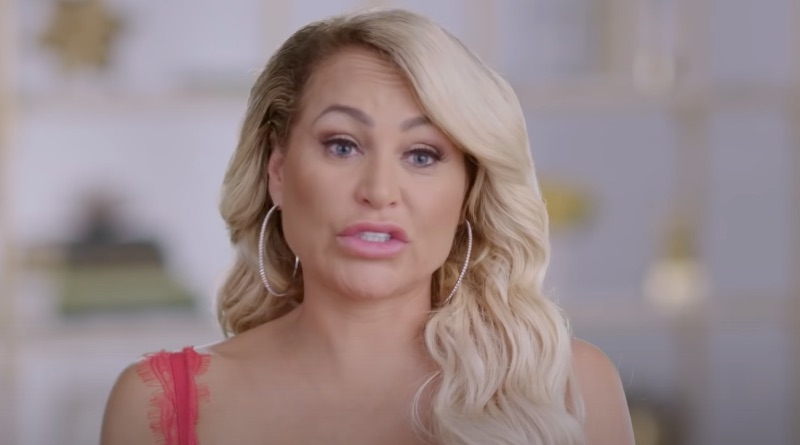 Once Darcey Silva found new love Georgi Rusev, she hoped the third time would be the charm in terms of 90 Day Fiance men. And at least for now, that certainly seems to be the case. Darcey and her guy face split speculation often. But it looks like they are still very much engaged.

The 90 Day Fiance pair just celebrated Valentine’s Day together, And Georgi went above and beyond to make Darcey feel loved on this special day. He showered her with flowers and a fancy pair of Louboutin shoes. And she shared unboxing clips with her followers.

Split rumors are a regular topic among 90 Day Fiance viewers when it comes to this pair. But it looks like they are still going strong. And it’s clear Darcey is happy with her recent gifts. Meanwhile, the happy couple even watched old TLC episodes to celebrate.

Darcey Throws Shade at Her Ex

Darcey Silva recently spilled the tea on her exes on a recent episode of 90 Day Bares All. And she had plenty to say about Jesse Meester and Tom Brooks. According to Darcey, Tom wanted to be “the pretty one” in the 90 Day Fiance relationship. And as followers of Tom Brooks know, he certainly likes to keep himself looking sharp.

Meanwhile, according to Darcey Silva, she believes Tom started getting Botox treatments after they called it quits. On top of that, he has had other work as well. He flashed his smile with brand new veneers not long ago. In addition to that, he even went in previously for facial fillers and fat removal. In a lot of ways, he certainly follows in Darcey Silva’s footsteps.

90 Day Fiance followers that have been keeping up with Darcey Silva’s story know that she has been unlucky in love for some time. When Darcey would finally get her ring is a regular topic among viewers. And a lot of fans take a believe it when they see it approach when it comes to Darcey finding her forever.

She tried on wedding dresses when she was still with Tom Brooks. And viewers know how that pairing ended. Meanwhile, even though she is happy with Georgi Rusev now, they’ve had their share of drama as a couple. One of the biggest hurdles early was Darcey finding out that Georgi is still technically married.

But based on the latest updates from the 90 Day Fiance couple, it’s clear they enjoy each other’s company. And because Darcey was married and divorced before, she understands that Georgi going through it is a process. And in the meantime, they have each other’s backs.